Why homes should be digitally fit for purpose 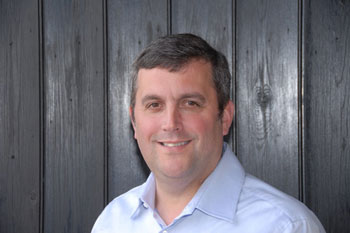 The news that Shropshire County Council is considering bringing in an accreditation scheme for new home developments that will include the requirement for a good broadband connection is a sad reflection on the state of our digital infrastructure in Britain today.

In developments up and down the country, data-hungry new home owners expecting a fit-for-purpose digital connection in their gleaming new homes are having to make do with lacklustre broadband speeds on old-fashioned part-copper lines – and in some cases no broadband connection at all.

This chimes with the latest figures from ThinkBroadband, which reveal that almost half (45%) of all new builds are still being not being fitted with a Gigabit-capable, full fibre (FTTP) broadband connection.

The decision by house builders to install part-copper/part-fibre cable instead of a full fibre connection is short-sighted on so many levels. It is eminently more cost-effective and less disruptive to fibre up new housing developments with a speedy, future-proof connection during the build phase, than have to dig up roads and pavements in a few years’ time to extend the fibre from the cabinet to every single dwelling. But more importantly, the decision is completely out of kilter with house buyers’ expectations and overall community needs.

For example, our recent study into The State of Broadband in South West England shows that 42% of 16-44 year olds believe that the introduction of ultrafast digital infrastructure will make their area a more desirable place to live. Conversely, if broadband speeds aren’t improved, a quarter of respondents think it will discourage people from moving to their area.

Future-proof broadband is a topic that is energising councils up and down the country. Back in April, the Local Government Association called for the creation of a full fibre kite mark for property developers working on larger developments to reassure home buyers and let them make a more informed decision. This, like Shropshire County Council’s proposed accreditation scheme, is a pragmatic approach – and one that should be applauded - given the limited leverage that councils hold over home builders. It would help to persuade developers to install full fibre up front, and would also nudge the government closer to its goal of reaching 15 million premises with a full fibre connection by 2025, and the whole of the country by 2033.

The future-proofed connectivity problem is partly due to the lack of a current legal requirement for developers to connect a broadband service before selling a property. While the revised National Planning Policy Framework, published in July, makes clear the government’s desire for developers to choose full fibre over part fibre, it is not legally binding.

But this may change if real progress doesn’t happen soon. Supporters of a legal imperative were encouraged by the Culture Secretary, Jeremy Wright, who weighed in to the debate in September by suggesting that legislation could be introduced to ensure all new builds have high-speed internet access built in.

Of course the broadband discussion goes way beyond just new builds; it also plays into a bigger national debate around whether digital infrastructure investment should be prioritised over physical infrastructure developments such as HS2.

A growing number of public figures agree with the sentiments of this summer’s National Infrastructure Assessment report from the NIC, arguing that Britain’s future lies in digital infrastructure such as 5G and fibre rather than in an extension of Victorian-era railway lines: 'In the past, the UK had the ambition and foresight to connect the whole country to electricity, water and transport networks. The benefits today are obvious. The same ambition is needed now for digital infrastructure.'

Even the most ardent supporter of HS2 will likely agree that if Britain is to punch above her weight economically, socially and educationally on the global stage, our digital infrastructure needs to improve rapidly. New homes are easy pickings, but there are also many rural properties suffering poor or limited connectivity. And even in our largest towns and cities, slow broadband speeds are commonplace.

With only a little over half a million premises in the UK boasting a direct fibre-to-the-premise connection today, there is much to do if we are to improve on our lowly position in the latest annual global broadband speeds ranking, where we are languishing in 35th place behind the likes of Madagascar, Bulgaria and Latvia.

In the absence of any current legislation compelling developers to install full fibre connections in new builds, a kite mark or accreditation scheme of the sort proposed by the LGA and Shropshire County Council is the best way forward.

Working in concert with government, homebuilders and the broadband industry, councils will then have the tools at their disposal to encourage more full fibre broadband provision, while making it easier for new home buyers to find a property with a broadband connection that will last as long as the homes themselves.