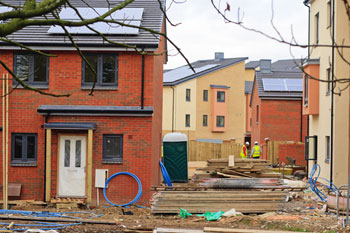 A total of £24m from the Government’s £40m National Brownfield Housing Fund has been won by the WMCA as part of a competition involving eight combined authorities.

The Government has also confirmed that the region’s performance over recent months in delivering new homes and jobs meant it was handing over a further £27m from the Land Fund agreed in the region’s landmark 2018 Housing Deal.

‘That we’ve managed to secure more than half of the National Brownfield Housing Fund that was designed to be for eight combined authorities across the country shows the strength of our bid, our excellent delivery record, and our expertise in unlocking challenging sites,’ said Andy Street, the mayor of the West Midlands and chair of the WMCA.

‘The £24m comes on top of the £27m we have also been awarded as part of the latest payment from our 2018 Land Fund, meaning the West Midlands received £51m of the recently announced £67m of Government cash. This shows how supportive the Government is of our work as we look to continue to regenerate old derelict industrial land – such as the former MG Rover site in Longbridge.’

The mayor said the WMCA would now move quickly to deploy the new funding through its Single Commissioning Framework to support the region’s wider economic recovery plans.

Cllr Mike Bird, leader of Walsall Council and WMCA portfolio holder for housing and land, commented: ‘We have been lobbying Government hard for more funding for our regeneration programme, showing how we are using funding to create good quality, affordable homes and decent jobs for local people.

‘This latest announcement is tremendous news and real reward for the impact that the WMCA has made on housing delivery and urban regeneration in the region. But it remains just the latest tranche of investment that the West Midlands needs from Government if it is to fully unlock the region’s huge brownfield regeneration ambitions.

‘It is nevertheless encouraging that the Government recognises our impressive pipeline of projects and the close, productive relationships we have formed between the public sector and business community. It shows how the West Midlands is leading the way nationally in brownfield land regeneration and housing delivery.’