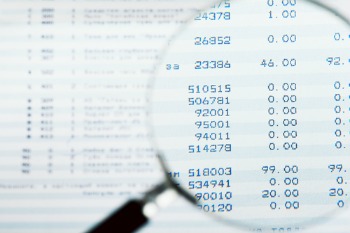 Auditor voices concerns around the financial management and governance of Welsh councils, despite noting improvements in the delivery of end of year accounts.

The Auditor General for Wales has published a new report which identifies an improvement since 2013-14 in the timeliness of production of audited accounts.

Entitled Financial Management and Governance in Local Councils 2014-15, the report shows the number of completed audits had increased to 96% by 30 September 2015.

This was an improvement on the previous financial year - 94% - and is in line with moves from the Welsh government to encourage greater transparency by public bodies.

The auditor was particularly alarmed at how many councils were receiving qualified opinions for the first time.

This, the report says, could be avoided if councils put adequate and effective financial management and governance arrangements in place.

The Auditor General also found that an ‘unacceptably high’ number of councils - 95 - have received qualified audit opinions for two or more of the last four financial years. Many were penalised for problems previously flagged.

New audit arrangements for town and community councils for the 2016-17 audit have also been outlined, including examining the councils' system for managing payroll and adopting a Code of Conduct to ensure effective governance.

Auditor General for Wales, Huw Vaughan Thomas said: ‘Given the progress made last year by community and town councils in submitting timely accounts the results for this year are met with much disappointment.

‘A number of councils who have previously submitted their accounts on time and to standard have failed to maintain their previous standards and it is unacceptable that so many councils have allowed standards to fall.’

‘I would strongly encourage councils to make a commitment to addressing the common issues and weaknesses highlighted in today's report and work closely with auditors to prepare future accounts to an acceptable standard,’ he advised.