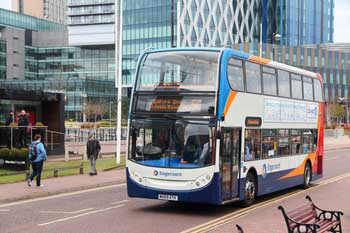 Elderly and vulnerable people could be left isolated because the concessionary bus fares scheme is underfunded, local government leaders have warned.

The Local Government Association says nearly half of all bus routes are at risk as the funding gap for free travel has reached £650m and this should be looked at in the forthcoming Spending Review.

It says uncontrollable costs and reductions in Government funding means the money available for the National Concessionary Travel Scheme, a statutory duty administered by councils, means they are increasingly having to fill the gap with their own limited resources.

In England outside of London spending on supported bus services is now £122m less than 2010 – a reduction of 33%.

'If this is not addressed in the Spending Review it could lead to older people having a free bus pass but no bus to travel on.'

Steve Rotheram outlines how the social trading sector is thriving in Liverpool due to its unique investment and development vehicle.