Tributes paid after sudden death of mayor of Cambridge 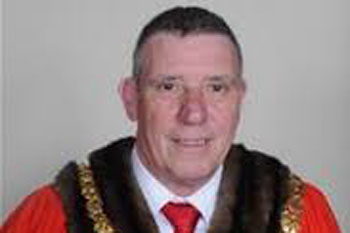 Condolences have been made following the sudden death of the mayor of Cambridge, Cllr Nigel Gawthrope.

Cllr Gawthrope sadly died on Friday following a scuba diving trip while on holiday in South Africa. The exact cause of his death has yet to be confirmed.

A committed trade unionist, he had been a city councillor for seven years, and was elected mayor of Cambridge in May 2018.

Cllr Lewis Herbert, leader of Cambridge City Council, said: ‘Losing Nigel is a massive shock and hurts us all at the city council, particularly his closest colleagues, and that is nothing compared to the devastation that his close and loving family are feeling right now.

‘I have talked today to Jenny, his wife and our mayoress, and passed on our condolences and deepest sympathies, and we are so glad that Nigel’s brother is flying out Monday to support her when she most needs it.

‘Nigel represented King’s Hedges and the council with distinction and we will miss him terribly. He revelled in his most recent role of mayor and first citizen.’

Antoinette Jackson, chief executive of the council, added: 'The city has lost someone who was passionate about serving others.’