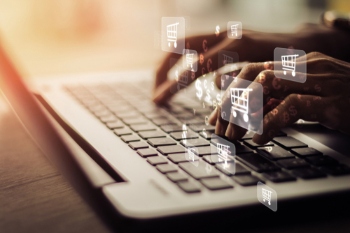 In December 2020 the Cabinet Office published the green paper “Transforming Public Procurement” (Green Paper) as part of the government’s overall policy objective to exploit freedoms afforded by the UK’s exit from the European Union.

A year on, the Cabinet Office has released its response to this consultation (Response). Both government buyers, and their suppliers, have for years grappled with rules that many consider overly complex and an impediment to innovation and genuine partnership. Does the Response herald real change, and what are the key elements that will be of interest or concern to government buyers and their suppliers?

One of the most familiar aspects of the current procurement regime is tension between the flexibility offered by competitive processes, which allow negotiations with bidders, and the simplicity afforded by the more straightforward procedures. Competitive processes can be unappealing to the market, and indeed buyers, for all but the largest procurements given the relatively high transactional costs involved. Conversely, the simpler processes can result in legal risk to buyers if negotiations are ultimately required to deliver the best deal.

The Green Paper proposed radical simplification of these processes into a flexible competitive process, allowing negotiations and an innovative approach; an open procedure for “off the shelf” procurements; and a limited tendering procedure for use in cases such as extreme urgency.

Addressing concerns that the flexible competitive process will actually lead to a diffuse approach to procurement, with resulting complexity and potential for legal challenge, the Response promises detailed guidance to ensure consistency. Both the market and buyers hope that this approach, and the associated guidance, will provide genuine clarity, and allow sufficient flexibility, without seeding new areas of confusion or increasing transactional costs.

Proposals to remove the LTR have effectively been scrapped in the Response. Moreover, it suggests that, in some cases, the requirement for competition will be removed entirely. In particular, where the choices of the ultimate end user (such as care services) are key to the procurement. Many suppliers and buyers will welcome the retention of a LTR, and additional flexibility around user-led procurements. This is provided, of course, that suppliers can be confident that award of these services remain sufficiently transparent and that they will be treated fairly.

Focus on principles, and the need for proportionality

The new regime will incorporate familiar principles, and objectives, such fair treatment and value for money. However, the overriding principle of proportionality has been dropped in the Response, and it will instead be incorporated into specific parts of the regime. For example, in relation to timescales. Suppliers will also look to the government to ensure that proportionality limits any excessively onerous requirements that might otherwise be set out by public sector buyers.

The Green Paper recognised that buyers must often wrestle with uncertainty, and potential legal risk, when deciding whether or not to extend an existing contract or procure a new arrangement. The Response maintains the government’s ambition to maintain the core rules, but also make them more transparent and add a potential “safe harbour” which offers shelter from challenges to modifications in some cases.

Buyers will no doubt welcome any greater certainty offered, and suppliers will wish to see greater transparency about the way in which contracts with incumbents are dealt with.

A Procurement Review Unit (PRU) will be introduced, but will be scaled-back compared to the original proposals set out in the Green Paper. Both buyers and suppliers will hope that this regime does not, in practice, result in delays and additional bureaucracy. The Response suggests that the aim of the PRU will be to improve the overall approach by buyers, rather than investigate alleged breaches in relation to particular procurements.

Buyers can feel unnecessarily fettered by processes which impede their drive to innovate and deliver the best commercial deal for stakeholders and UK PLC. And a key complaint made by suppliers has often been the lack of transparency, and excessive costs and complexities, inherent in public procurement exercises.

Many of the changes proposed by the Green Paper and the Response aim to deliver transparency (for example, extending the scope of award information provided by buyers) and greater clarity, flexibility and simplicity. These intentions will be welcome by the market and its government customers.

Although, in reality, even the most pragmatic of suppliers will seek legal recourse, and the protections offered by process, where they feel they have been treated unfairly.

Can these competing concerns be reconciled? That remains to be seen. However, it is clear that enacting legislation which does so represents a considerable challenge.

Craig Elder is a partner at Browne Jacobson.