The risk of pipe and cable strikes 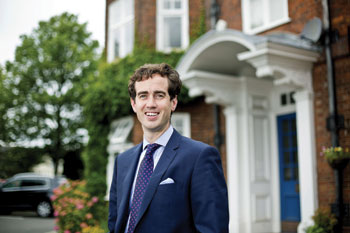 Scale of the Work

It has been widely estimated that more than four million excavations take place across Great Britain each year. In 2017, only 2.25 million of these involved a thorough search for pipes and cables before the work commenced. This means that 44% did so without detailed examination for existing underground assets. This suggests critical utility infrastructure is at constant risk of being accidentally damaged.

So, how big a problem is this for local authorities? Well, there is currently more than 1.5 million km of underground infrastructure already in situ. A considerable amount is owned by local government, yet less than one percent of councils make their asset information available for people searching on resources like LSBUD’s asset search facility. Due to the lack of information made available by local authorities, every time a spade or digger bucket hits the ground, there is a significant chance of an asset being hit.

It is a stark fact that there are entirely preventable strikes happening each year, meaning we are seeing avoidable injuries, asset damage and financial losses, all because underground assets have not been registered.

So, just how big an issue are pipe and cable strikes?

Our report gauged the scale of the problem by reviewing the level of electrical cable and gas pipeline strikes that are reported to the Health and Safety Executive (HSE) each year. Although awareness around the subject of asset strikes is improving, the sheer scale of construction work taking place means there are still high levels of incidents and this problem is growing fast. For instance, the number of ‘safety related electrical incidents’ reported in 2012/13 was 162, whereas the incidents reported in 2016/17 was up to 1,244. This is an increase of 668% over five years, doubling in the last year alone.

Reported strikes to gas pipelines are falling, but still managed to clock up 1,264 in the last year. It is important to remember that these numbers are for ‘reported’ incidents, so they do not factor in the significant volume of incidents not brought to the HSE’s attention.

The implications of a strike are evident on both an individual and organisational basis and will heavily depend on the level of strike severity. The safety of workers should always be the number one priority, no matter the financial ramifications. Strikes whilst digging can cause serious injuries, or in the most severe cases, fatalities. In the five year period between 2012 and 2017, the HSE reported 318 injuries and fatalities caused by underground electrical cable strikes. Again, this is only the number that was reported to the HSE, so it is likely that many more strikes went unreported.

When focusing on gas pipeline strikes, it is easy to see why they are likely to cause more widespread harm. One example often used to reiterate the importance of asset searches is a near miss in Birmingham from 2005. A subcontractor was undertaking an everyday connection to the gas network in a densely populated area that was close to Spaghetti Junction. The subcontractor mistook a 12” multifuel pipeline for a 6” gas pipeline, so when drilling started the contractors were unaware that they were drilling into a pipe with petrol running through it at very high pressure. Thanks to a regular patrol by the pipeline technicians, a strike was avoided by millimetres, but it would have been Britain’s most extreme fuel pipe incident if work had continued for a matter of minutes longer.

In addition to health and safety there is the financial impact of strikes to local government, which can be significant, with each ‘hit’ needing repair work. This not only costs money, but also means that the pipe or cable will need to be removed from action whilst it is repaired, disrupting services in the process. The potential ramifications for local businesses or schools if a utility pipe is struck could be enormous.

You only need to consider a school having to temporarily rehouse pupils or even close while work is completed, with a knock on effect on working parents to appreciate that no council wants this situation to arise. Similarly, imagine the impact on a local high street in terms of retail sales lost and customer and traffic disruption, if a utility is hit. That is not to mention the myriad of other micro-businesses whose livelihoods depend on a smooth running local retail sector.

In a bid to quantify the cost of a utility strike we looked into previous research by the University of Birmingham that calculated the cost as a ratio of indirect and social costs compared to the direct cost of repair. The result is 29:1, which means that for every £1,000 of direct cost arising from a pipe or cable strike, the true cost for the owner is £29,000.

As well as the financial burden of a strike and the disruption to businesses and communities, the damage to reputation is also huge. The disruption to any service harms customer perception, and with outlets like social media becoming increasingly popular as ways for customers to vent their frustrations, a complaint can quickly reach a mass audience.

So what can actually be done? Improving the ease of access to councils’ underground infrastructure data to those actually doing the digging needs to significantly improve. Therefore, a prime step has to be for senior decision makers within local government to ensure that their pipe and cable networks can be found on resources like LSBUD’s portal. This offers a free, easy online search service that quickly provides underground utility mapping records across the UK.

In addition to making their data available, local authorities can ensure that all contractors who work on their behalf are briefed to check the LSBUD portal before any spade or digger is used. This instruction would actually speed the process up, because any contractor using the LSBUD service, who previously had to wait up to 28 days to receive asset location data, now gets it within minutes. LSBUD currently provides over 10,000 searches every day; a figure that grew by 27% last year, so it is vital that all local authorities understand the benefits of the collaborative approach.

In addition to avoiding asset strikes, those registered gain many other benefits. They receive data on all the searches taking place in and around their assets – giving them a much clearer picture of the vulnerability of their infrastructure – and they receive warning alerts when work is planned near sensitive assets. This enables them to proactively help those working around their assets with the appropriate advice.

Lastly, if every council registers their assets in this way, every network will be more protected, and every worker involved in excavation will be safer.

To download a copy of the Digging Up Britain report, go to www.linesearchbeforeudig.co.uk/digging-up-britain-report.