The need for Green Belt reform 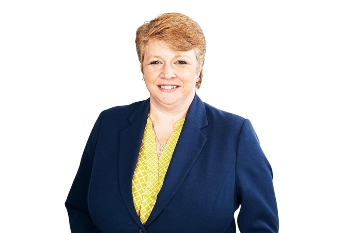 So the planning and development industry – and no doubt many local planning authorities – was further disappointed when the recently published Levelling Up and Regeneration Bill failed to mention the Green Belt once.

It is clear that the Government views Green Belt reform as separate from the levelling up agenda. There may be good reasons for doing so, but in the absence of a Planning Bill (which, despite being announced in last year’s Queen's Speech, has now been abandoned in favour of the Levelling Up and Regeneration Bill) it seems that much-needed Green Belt reform is indefinitely off the table.

This is ironic because Green Belt has, to some extent, driven the north-south divide, creating the political divide defined as the ‘red wall’, which itself brought about the levelling up agenda. The Green Belt constrains growth around cities such as Oxford, Cambridge and London, inflating house prices beyond the means of many, especially the young. Arguably, the presence of a green ‘halo’ around these and other locations (notably towns in the south east such as Tunbridge Wells, Sevenoaks, Guildford, Windsor, High Wycombe and St Albans), in which valuable urban brownfield sites have already been utilised, results in very limited opportunities for growth, and therefore a perception of exclusivity.

The fact that the Green Belt has remained in place in these locations for almost seventy years is testament to its success. But since 1955 when the Green Belt was introduced, the UK population has grown from 51,063,902 to 68,497,907. Furthermore, development is no longer characterised by concrete as it was then: thanks to the Environment Act and many other initiatives, the development of greenfield sites has evolved to the extent that it offers the potential to significantly boost both the aesthetic and biodiverse qualities of the land.

The Green Belt covers 13% of the UK, including substantial areas surrounding cities in the Midlands and the North like, including Birmingham, Manchester and Leeds. Due to the availability of urban brownfield sites and less overall pressure for housing growth in these cities, the Green Belt has not constrained growth in the Midlands and the North as it has in the South - which perhaps explains its absence from the Government’s levelling up agenda.

But levelling up must be viewed in the context of the bigger picture: the UK as a whole. Unless, through Green Belt reform the lack of housing affordability in the South is addressed, the north/south divide will persist and levelling up will remain a distant dream.

Few would argue for the Green Belt to be abolished, but its value would be increased if its strictures were softened somewhat. The broad-brush approach which succeeded in preventing post-war urban sprawl has led to some land which could benefit from redevelopment being over-protected: contrary to a widely-held belief that the Green Belt is a bucolic ring of verdant countryside open to all, much of it is inaccessible and/or preserves and protects unattractive edge-of-settlement brownfield sites – those which have potential for sustainable development. Currently the development plan process which allows for land to be removed from the Green Belt for residential development in exceptional circumstances is time-consuming and comes with considerable risk. Were Green Belt legislation to allow for local flexibility, it could result in such sites coming forward for development as attractive communities and with accessible natural amenities.

It is no coincidence that land surveyors within Leaders Romans Group, who work closely with Boyer, have identified the A1 corridor as an area with significant growth potential. The 100 mile stretch from the north of Cambridge to Gainsborough is located at least eight miles to the east of Green Belt. In the last week alone we announced two substantial land sales, one for a 64-hectare storage / logistics in Lincolnshire and another for a 47-hectare urban extension to Nottingham and we see this area as having substantial growth potential.

Whilst this is not a call for the Green Belt to be scrapped, Green Belt policy and planning policy conflict on many levels and Green Belt reform is needed to resolve these conflicts, to deliver homes, including affordable homes, up and down the country, and in doing so, to genuinely level up the UK.