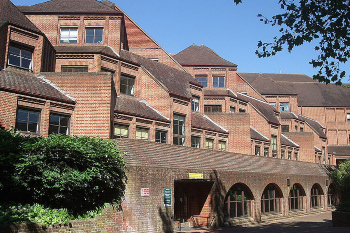 A muder investigation has been launched after a teenager was stabbed to death at a London council’s office.

The 18-year old, who has not been identified at this stage, was found at the civic centre in Uxbridge with a critical stab injury.

A second teenager also suffered a stab wound although his injuries were not life-threatening.

A 17-year-old male has been arrested on suspicion of murder and is currently in custody.

Detective chief inspector, Noel McHugh, said: ‘This is a tragic loss of life. A young man with his whole life ahead of him has been fatally attacked. We are doing everything we can to find those involved. One male is currently in custody after being arrested on suspicion of murder.'

A spokesperson for Hillingdon Council said: 'The matter is being investigated by the police and we are unable to comment further at this time. Our thoughts are with the victim’s family.'