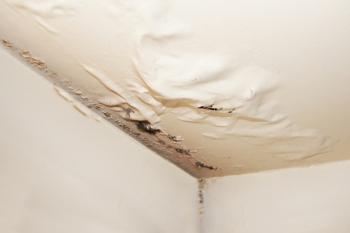 A landlord in Birmingham has been successfully prosecuted and ordered to pay close to £20,000 for breaching housing regulations.

George Lindsay, 55, from Erdington, pleaded guilty for failing to obtain a House in Multiple Occupation (HMO) licence and to 13 breaches of HMO Management Regulations.

Officers from Birmingham City Council inspected one of the three properties Mr Lindsay owned and found all of the smoke detectors were missing from the house.

Other offences included a failure to license one of his properties, scorched electrical fittings, missing and inadequate fire doors, mattresses blocking fire escape routes and a failure to provide gas and electrical test certificates.

Leaks from a roof into a bedroom occupied by an adult and three children were found at another property while, another tenant had no kitchen facilities and was being forced instead to use a halogen heater placed on its side.

Officers also found a missing shower head which meant that at least 9 people had to share one bathroom.

According to the city council, the district judge commented that Scrooge was a philanthropist compared to Mr Lindsay and confirmed that he would have sent him to prison if his sentencing powers would have allowed him to do so.

‘In the middle of a national housing crisis it’s absolutely disgraceful that landlords, like Mr Lindsay, are taking advantage of people in this unscrupulous way,’ said Robert James, acting director for neighbourhoods at Birmingham City Council.

‘When the council is made aware of properties like these, we’ll do all that we can to pursue rogue landlords and to ensure that tenants are kept safe and their rights to decent housing are upheld.’

‘HMO properties can be a great means to providing affordable housing and we’ll continue to work closely with the landlords who provide a fantastic service,’ he continued.

‘However, we must ensure that standards are upheld so that citizens in Birmingham get the housing which they deserve.’

Up to £350 per day + Umbrella
The TS Business Analyst is responsible for assisting the implementation of the technology strategy and roadmap for a function (People, Place or Corpor England, Essex, Chelmsford
Recuriter: Essex County Council