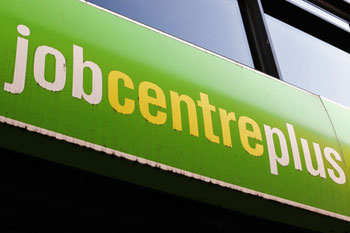 The Government’s proposals to merge Jobcentre Plus offices and benefit centres are ‘a significant missed opportunity’, say council chiefs.

The department for work and pensions today announced its plans to merge 78 Jobcentre Plus offices with larger ones nearby.

The DWP also said around 50 Jobcentre Plus offices will be co-located with councils or other community services to provide joined-up services.

However, the Local Government Association (LGA) said these reforms do not go far enough and that ‘now is the time to devolve funding to councils and not Jobcentre Plus.’

With eight out of 10 claims for Jobseeker’s Allowance and 99.6% of applicants for Universal Credit submitting their claims online, there is less need for physical office space.

The DWP estate currently covers around 1.5 million square metres across the country and 300,000 square metres of this – 20% - is under-utilised and could be vacated.

‘The way the world works has changed rapidly in the last 20 years and the welfare state needs to keep pace,’ he said.

‘As more people access their benefits through the internet many of our buildings are under-used. We are concentrating our resources on what we know best helps people into work.’

Responding to the DWP’s plans, chairman of the LGA’s People and Places Board Cllr Mark Hawthorne said: ‘With half of unemployed people receiving no support to help them back into work and the other half staying on benefits for longer, now is the time to devolve funding to councils and not Jobcentre Plus (JCP).’

Cllr Hawthorne argued the expiry of the JCP estate contracts should be a ‘huge opportunity to improve services and realise efficiences through the shared use of buildings.

‘Many jobseekers rely on other services, such as support with housing, childcare, health, debt management and health conditions, to overcome their barriers to work,’ he said.

‘The LGA has long argued that support can be delivered far more effectively by devolving and integrating services, and by DWP working effectively with other local partners.’

However, he argued the Government’s proposals would not achieve this.

‘We believe the Government’s proposals as set out are a significant missed opportunity, and urge it to consider how its proposals could result in more fundamental change, through increased co-location with other local services to improve services for jobseekers while at the same time making efficiency savings across its own JCP estates.’