Over 1,000 ancient woodlands at risk from ‘built development’, charity says 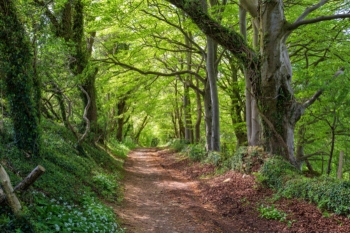 The number of ancient woods under threat in the UK from built development has topped the thousand mark for the first time in two decades, charity warns.

New figures from the Woodland Trust show it is aware of 1,064 ancient woodlands at risk of damage or destruction – the highest number since it started compiling the data in 1999.

Of these cases 801 are live planning applications while the remaining 263 are included in various council site allocation plans.

The charity warned that HS2 is ‘the biggest single development project threatening ancient woods’. At least 108 ancient woodlands will be lost or damaged by the project.

‘These new figures make for depressing reading. What’s even more depressing is these are only the cases we know about. There could be many more woods under threat,’ said the director of conservation and external affairs at the Woodland Trust Abi Bunker.

‘We need real protection for irreplaceable ancient wooded habitats and trees, and legislation, policies and resources that are fit to address the challenges we face from tree diseases. Prevention is far cheaper than a cure, with the total cost of ash dieback to the UK estimated to be £15bn.’

‘Ancient woodland is one of our most precious natural habitats,’ Ms Bunker continued.

‘These complex ecosystems have evolved over centuries and are home to thousands of species, many of which rely on it for their survival. Losing ancient woodlands is a travesty, especially to inappropriate developments that could go elsewhere.’