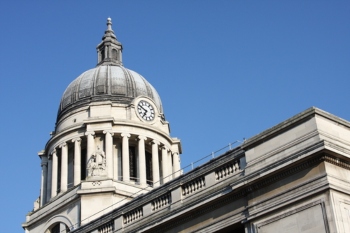 Nottingham City Council is taking urgent action after uncovering a serious accounting error while it battles with its failing finances.

The on-going review of the council’s financial governance discovered the council was putting cash from its Housing Revenue Account (HRA) – money that should be ring-fenced – into its general fund.

It is thought that around £15.86m which should have been ring-fenced for housing related functions has been misdirected into the council’s general funds since 2014/15.

The council, which has received a draft report from the Chartered Institute of Public Finance and Accountancy, is now working to repay the funds.

It is the latest in a series of disasters to hit Nottingham. In December 2020, the Government announced it would send in an ‘assurance board’ after a rapid review of the council revealed there were ‘appalling financial and management issues’.

The city was also driven to ask the Government for a capitalisation order and it was forced to sell its energy company, Robin Hood Energy, after the firm racked up £24m in losses. A report by auditors Grant Thornton, claimed the council had failed to hold its energy company to account.

Addressing the latest financial gaff, council leader David Mellen said he had commissioned an external review after the issue was raised with him.

He said: ‘The initial finding of that review is that the payments concerned are illegitimate. I have therefore asked for an urgent investigation to be carried out to understand how this happened and put measures in place to ensure it cannot happen again.’

He added: ‘We will be taking the necessary steps to ensure the funding in question is paid back into the Housing Revenue Account immediately.’