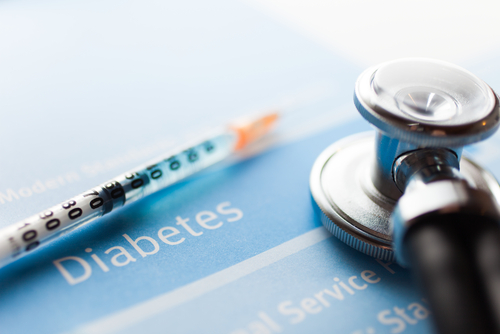 New statistics published today by Public Health England (PHE) show 3.8m people in England, aged 16 and over, had diabetes in 215.

According to PHE, approximately 90% of diabetes cases are Type 2, and can be largely prevented through lifestyle changes.

And the proportion of people with diabetes increases with age. The figures show 9% of people aged 45 to 54 have diabetes, and for the over 75s it is 23.8%.

‘We have an opportunity through public health to reverse this trend and safeguard the health of the nation and the future of the NHS.’

The chair of the Local Government Association’s community wellbeing board, Cllr Izzi Seccombe, said PHE’s figures show a ‘stark warning of the serious consequences of more and more people becoming obese and overweight’, and the ‘huge pressures’ being heaped on health and social care services as a result.

‘It is also deeply alarming that one in four people with diabetes are not even aware they have it,’ added Cllr Seccombe.

‘This shows why it is really important that people aged 40-74 take the opportunity to get a free NHS Health Check, which councils have responsibility for.’

‘Health checks can detect conditions such as diabetes, and reduce the risk of developing major health complications such as foot amputation, kidney disease, stroke or heart attack as a result,’ she said.