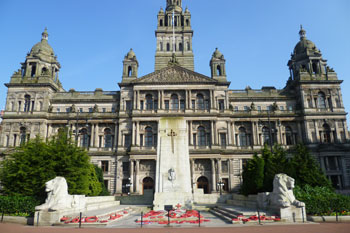 Scotland’s biggest council has secured a £2.7bn partnership that will protect jobs for the next 30 years, it was announced yesterday.

Glasgow City Council and Wheatley Group, the country’s biggest social landlord, have entered into an agreement that will see the latter take a 50% shareholding in City Building Glasgow, becoming a partner and joint owner.

The deal will secure 2000 jobs and more than 2000 apprenticeships. It will also sustain employment for disabled workers at City Building, the council's arm's-length construction company.

It will also mean City Building will carry out all repair work for Glasgow Housing Association, which is owned by Wheatley Group.

Cllr Frank McAveety, leader of Glasgow City Council, said: ‘This deal is a hugely important step that secures jobs, apprenticeships and training places, and future investment for the city.

’It will guarantee 30 years of work, worth £2.7billion, in challenging economic times and generate a further £225million for the city's wider economy every year.’