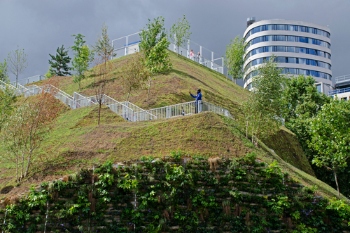 An internal review of Westminster City Council’s Marble Arch Mound project has revealed that ‘errors in judgement’ and a ‘lack of sufficient oversight’ led to the project’s costs spiralling out of control.

A part of the council’s wider £150m investment in the Oxford Street District, the Mound was designed to encourage more visitors to the area. However, the £3.3m initiative ended up costing the taxpayer £6m.

Deputy leader, Melvyn Caplan, who led the Mound project, resigned in August and an internal review was instigated.

The review, which was published this week, identified a failure of project management as one of the key problems. This meant that risks were not effectively captured or escalated.

It also found that project finances were ‘mismanaged and misrepresented’ by the senior officers responsible for the project and there had been ‘a lack of effective governance, grip and oversight’.

Commenting on the report’s findings, Stuart Love, Westminster City Council chief executive, said: ‘The findings are conclusive. A series of errors in judgement, coupled with a lack of sufficient oversight, led to a failure of project management on the Mound. We did not meet our own high standards on this project and for that I apologise again.

‘The report is clear on two points. First, that our processes are robust but, in this case, those processes were circumvented - driven by the desire to open the Mound as soon as possible. This is unacceptable, and we are taking action to address these findings.

‘The report is equally clear that the issues identified are restricted to the Marble Arch Mound. Westminster City Council manages projects worth hundreds of millions of pounds a year to a high standard and within budget, and they are unaffected by issues surrounding the Mound.

‘The council must learn the lessons of the Mound project. We will continue our efforts to revive Westminster’s economy post-pandemic and to ensure our residents continue to receive first class services.’