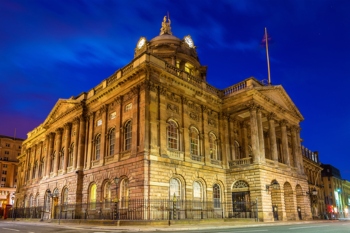 Liverpool City Council has drafted an improvement plan and letter in response to the Caller report, which called for an intervention in the city.

The plan, and covering letter, will go before an extraordinary council meeting on 19 May.

In the letter from chief executive Tony Reeves, the council accepts the directions made in Max Caller Best Value Inspection report, which was ordered by secretary of state Robert Jenrick after the arrest of former mayor Joe Anderson.

The letter, to the Ministry of Housing, Communities and Local Government’s director general Catherine Frances, says: ‘While there may be different views on the emphasis of some elements of the report, all of the findings are accepted and the council acknowledges that it has failed to comply with its Best Value Duty over a number of years.

‘We share the Secretary of State’s view that directions to the authority should operate for as long - and only as long - as necessary to ensure stability.’

Mr Reeves says the council, under the new mayor’s leadership, was committed to working with Commissioners ‘should they be appointed’, and he hopes they would only use their powers ‘as a last resort’.

An improvement plan has also been prepared for the commissioners to review, and the council plans to provide proposals to cut its councillors along the lines recommended by Mr Caller to be agreed at an extraordinary full council meeting at the end of June.

Mr Reeves’s letter says the council is also looking at the option of bringing forward a planned referendum on the city mayor from 2023 to 2022.