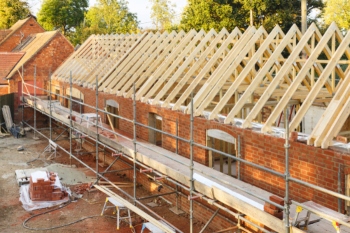 A disproportionate amount of Government funding for housing is being given to the UK’s most affluent areas, a property consultancy firm has calculated.

New research by Knight Frank has revealed that 80% of Homes England funding goes to the least affordable – and often most affluent – areas of the country, which represent only about 43% of the population.

The most affordable – and often poorest – areas of the country (57% of the population) only receive 20% of Homes England funding.

This distribution of funding is the result of the Government’s 80:20 rule on Homes England funding, which was introduced by the former Chancellor Philip Hammond. The aim of the rule is to provide funding to the areas where it was thought additional housing demand was likely to be most acute.

‘Due to the 80:20 rule, places up and down the country are being refused Homes England funding – and the reality is that these are the areas that need the investment the most,’ said Charles Dugdale, a partner at Knight Frank.

‘Indeed, 33.5 million people - 57% of the country – live in areas that fail the affordability test.’

Knight Frank’s analysis shows that all of the Red Wall constituencies in the Midlands, Yorkshire and the North of England fail the test and therefore receive no more than 20% of funding.

Mr Dugdale added: ‘The Ministry of Housing, Communities & Local Government might be focussed on housing, but HM Treasury holds the purse strings. Cross-departmental policymaking is challenging and it should be no surprise that important issues fall between the cracks. The 80:20 rule should be reviewed if the Government is serious about its levelling-up agenda.’