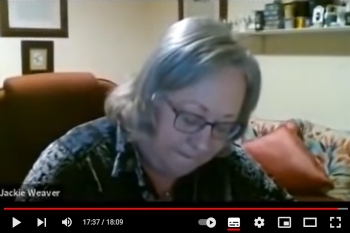 Handforth Parish Council has changed its name in a bid to move away from the 'toxic' infamous zoom meeting.

The council was thrown into the spotlight earlier this year after a chaotic zoom meeting went viral, receiving more than six million views on Youtube.

Since then, two of the councillors involved have resigned as parish councillors and the chairman at the time also stepped down from his role.

A statement from the council's new chairman, Cllr John Smith, said: 'We have a new name and three new Cllrs and along with the other remaining Cllrs are committed to improving Handforth.

'We are also moving away from the viral, toxic Handforth Parish Council as portrayed on YouTube and are leaving it behind.'

He also said the change was to indicate the council was not associated with the church as 'town council' was more secular.

The meeting made Jackie Weaver an internet sensation, and she has since campaigned for online council meetings to be made legal.