Half of low income families missing out on benefits 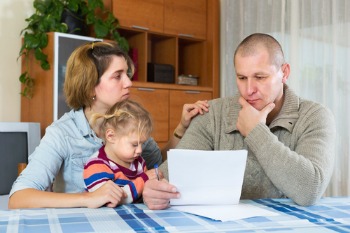 Nearly half of low income households are not claiming the full benefits and tax credits they are entitled to, new research has revealed.

A survey, carried out by charity Turn2Us, found half of social housing tenants did not think they would be eligible for support, with 13% claiming recent benefit changes have made it harder to apply for help.

Three-quarters of tenants (76%) have not checked what benefits they could be entitled to within the last year, according to the research. Of those not currently claiming, 60% would not check what they could receive if their income dropped.

Simon Hopkins, chief executive of Turn2us, said: 'Shockingly around £15bn in welfare support still goes unclaimed every year, and as our findings show, people often feel that benefits simply aren’t for them.'

The charity has launched a free Benefits Calculator to help people check what they are entitled to.

'Through our campaign, we want to show that financial hardship can happen for many different reasons and could affect anyone at any time in their lives,' Mr Hopkins said. 'Welfare benefits exist to provide a vital source of support for people in need, and as our research highlights, these can make a positive difference in paying for basic life essentials.'