Five things to consider when declaring a climate emergency 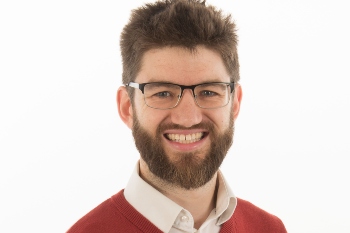 Ever more public authorities in the UK and around the world are declaring a climate emergency – as are a number of businesses. But having made this eye-catching and important step, what happens next?

Logically enough, many local authorities have decided that the first step is to develop a strategy to address the challenge of the emergency that they have declared. However, they face a number of pitfalls and challenges when doing so. The complexity of the response demanded by the emergency that we are now identifying means that it is easy to get lost in detail whilst missing some big, but not immediately obvious, issues.

I’m now involved in preparing climate emergency strategies for five local authorities. Based on my experience to date, here are the five issues I think it is easiest for authorities to miss in their haste to get on and start reducing emissions.

It shouldn’t be contentious to say that one implication of declaring a climate emergency is that you should try rapidly to reduce greenhouse gas (GHG) emissions. That may sound simple, but it’s important to consider which emissions to address in your strategy. To start with, you need to understand the three categories of emissions an individual or organisation can be responsible for:

Scope 2: Emissions associated with the energy you use (e.g. gas burnt in a power station that supplies your electricity)

Scope 3: Emissions associated with the things you consume (e.g. the GHG emissions involved in making and delivering the new laptops you bought) regardless of where they were emitted

Understandably, the focus tends to be on Scope 1 and Scope 2 – the things you most directly control. However, in my discussions with one authority it emerged that they have found that their Scope 3 emissions may dwarf the others. Of course, reducing Scope 1 and Scope 2 is important, but it’s important to consider what might be done to tackle Scope 3. The challenge is that there is less clarity about the carbon footprint of products, and it’s harder to control these emissions – but those aren’t reasons to ignore them.

More challenging still for an authority is the question of whether to focus on:

At first glance it would appear reasonable to focus on your own operations – to 'get your own house in order' – as that is all you can directly control. However, authorities and other organisations can exercise far wider influence, whether through how it manages its supply chain or through its communications with the public and the organisations it interacts with.

It’s important that authorities use their influence, because an authority’s own emissions are typically less than 1% of the total emissions in their area. Any influence they can bring to bear on local emissions could therefore have many times the impact of getting their house in order, so restricting your focus to your own emissions may be less effective than taking a wider approach.

Language matters. For many people 'net-zero carbon' (or 'carbon neutral') will mean much the same as 'zero carbon', but the difference is important and has major implications.

Net-zero carbon means that an organisation or region sequesters (is responsible for removing) as much CO2e as it emits, so that the two figures are offset. This allows emissions to continue for some operations. By contrast, zero carbon requires there to be no GHG emissions at all. This is clearly much more challenging, especially as there is a natural carbon cycle of release and sequestration which means that there will always be emissions, particularly from biological functions. It would therefore appear that neutrality (net-zero) would be the more realistic aim, but important questions follow: what approaches to offsetting emissions are acceptable, and how do you verify the amount of carbon absorption your actions are responsible for?

Imagine that an authority decides to build a major solar array, feeding in the power to the grid, thereby reducing the demand for carbon-intense energy from other sources. This, they claim, offsets all their other CO2e emitting activities. At present, this will reduce CO2e emissions, but the actual reduction could be claimed by a number of people:

Furthermore, as the grid gets cleaner, you are offsetting less dirty electricity and so your benefit declines over time. This serves to illustrate how difficult it is to determine whether an offset activity has meaning or not. Indeed, the Government has good quality criteria that you would need to consider to determine if an offset was meaningful:

This is challenging, but there are more that could be added – for example, there should clearly be a maximum timeframe over which the offset takes effect. This level of rigour is needed if we are going to facilitate meaningful offsetting for required emissions.

3. Is it just about climate?

'Climate crisis' has an alliterative ring to it, and the concept has taken hold rapidly in the last months. It is also quantifiable, in terms of the number of parts per million of CO2 in our atmosphere. But the reality is that our climate is only one facet of our living, interconnected, self-regulating ecosystem. As many organisations are making clear, we have also entered a period of ecological breakdown around the world, of which the climate is but one facet. Focusing on climate alone risks missing the broader picture. Reducing GHG emissions will not fully address the much more complex ecosystem collapse we are beginning to witness.

Determining the local actions that can be taken to tackle ecosystem collapse is harder, and there might be quite a bit of overlap with actions to address climate change, but those declaring a climate emergency should at least consider whether the actions they take to reduce emissions can have wider benefits, and how they might be adapted to maximise those co-benefits – at the very least, they should avoid contributing to other environmental problems in addressing a climate emergency.

The sad truth is that the changes in our climate appear to lag behind our actions by between 10 and 40 years. Major changes in climate are already locked in due to emissions released in previous decades, and we need to be prepared to adapt to them. The problem here is that we cannot quantify adaptation, and it can tell a negative story – whereas neat charts showing CO2 reductions are more positive. However, ecosystem response lag mandates that we prepare to adapt, and the earlier we start, the more effective this will be. To focus solely on mitigation ignores the responsibility an authority has to prepare its region for the future. Adaptation is messier, unquantifiable, and speculative – but it is also vital. As with any mitigation, adaptation should be considered with a view to its wider environmental impact: nature-based solutions have much to offer in terms of ecological restoration and carbon sequestration.

Finally, but to my mind most importantly, is the recognition that by declaring a climate (and/or ecological) emergency, we are asking major questions of ourselves, each other and our society. In particular, in declaring a climate emergency we are stating that the way that we have been living for generations has been incredibly damaging, that many of our ingrained assumptions do not hold true, and that we ourselves are the cause of this crisis. We are also stating that the science shows our situation to be sufficiently bleak that action is very urgent.

Just stop and reflect on this for a minute. By declaring a climate emergency, we are questioning many of our foundational beliefs, and the security of our future existence.

This questioning is extremely challenging. An authority declaring a climate emergency, therefore, has a responsibility to consider how to communicate this decision, and consider what support staff and citizens may need in engaging with these issues. This may seem like a soft, nice to have, add-on, but it is fundamental to the success of any climate emergency strategy. If people do not have the support to engage with these immensely challenging issues, they will switch off – and when they switch off, there will be no meaningful action. Citizen’s assemblies have been suggested as a method to achieve engagement with this seminal issue, and they certainly facilitate a deeper engagement with the issue. Whether it be achieved through this or an alternative approach, such depth of engagement is critical if we are to coalesce together around this issue, and this will take time and energy.

Declaring a climate emergency asks some of the biggest questions possible. It requires facing up to the loss already experienced in our present, and an even more challenging future. It requires a shift in awareness, without which action will not flow. These cultural and social elements must therefore be placed at the heart of any meaningful strategy.

We face major, unknown challenges. Yet, there is an energy in society around these issues that we have never seen before, which is reflected in the wide range of organisations now declaring a climate emergency. There is hope to be found here – in individuals and organisations playing their part. Developing a strategy is a vital part of this, both for local authorities and organisations of all kinds; and it is critical that these strategies reach beyond the immediately obvious responses and encompass all of the measures those declaring emergencies are in a position to implement.