Education under threat from £3bn of cuts, union warns 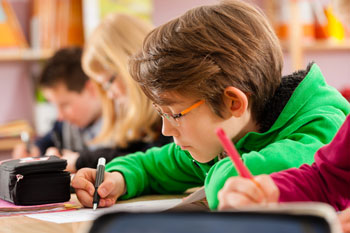 Parents and teachers are concerned about the impact of nearly £3bn in school funding cuts on the quality of education in the UK’s schools.

Polling by the National Union of Teachers (NUT) has revealed parents and teachers are worried cuts mean schools will be forced to increase class sizes, drop subjects from the curriculum or cut staff numbers.

The NUT says the Conservative Government has cut school funding by £2.8bn since 2015. Citing an analysis by the School Cuts website, they warned, without substantial additional funding 93% of schools will experience a per-pupil funding cut by 2021/22.

Two NUT-commissioned polls by YouGov – of 1,012 parents with school-aged children, and 755 teachers, conducted separately in May 2017 – demonstrate, the union said, that the wide concern about school cuts is ‘real and justified.’

Around 43% of parents polled stated that education and school funding will be a key issue in deciding their vote in the General Election.

A majority of teachers (60%) confirmed class sizes had increased in their school over the last two years, according to the NUT poll. A third said they had remained steady, while just 3% stated they had decreased.

Under 40% of teachers polled said the range of subjects available to pupils in their school had decreased since 2015 (38%). 46% said it had stayed the same, but only 9% said that the subject range had increased.

The poll of teachers also revealed cuts to education spending had also hit high needs pupils, with 54% of teachers polled reporting they had seen this funding cut since 2015.

‘The findings of this YouGov poll point unambiguously to a growing crisis in our schools,’ said Kevin Courtney, general secretary of the NUT.

‘Parents and teachers are already seeing the devastating effects of underfunding and the largest school cuts for a generation.’

‘Education cuts never heal and we as a country can do better,’ he added.