Developers sitting on more than 420,000 homes with planning permission 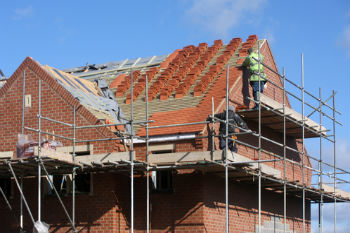 The backlog of homes that have been given planning permission but are still waiting to be built has increased by almost 16% in the last year, new analysis has revealed today.

The Local Government Association (LGA) has found that in 2015/16, the number of homes with unimplemented planning permissions in England and Wales has risen to 423,544.

However, the research found the planning system is not a barrier to building as councils are approving nine in every 10 planning applications.

The LGA is calling for councils to purchase land where homes remain unbuilt and charge developers full council tax for every unbuilt development.

'These figures prove that the planning system is not a barrier to house building. In fact the opposite is true,' said cllr Martin Tett, LGA housing spokesman. 'In the last year, councils and their communities granted twice as many planning permissions as the number of new homes that were completed.

'No-one can live in a planning permission. Councils need greater powers to act where housebuilding has stalled.

'To tackle the new homes backlog and to get the country building again, councils also need the freedom to borrow and invest in desperately-needed new homes, as recognised by the influential Treasury Select Committee last month.'