Designing collaborative services at a time of great uncertainty 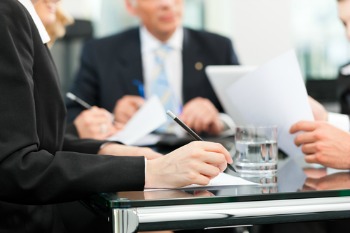 An ever-increasing demand for public services coupled with an ever-dwindling budget has created unprecedented challenges for public sector. Yet despite this, staff all over country are working harder than ever to design joined-up services which focus entirely on the needs of users.

A backdrop of uncertainty has created a greater need for collaboration. Not only to save time and money, but also to provide services which require the involvement of several organisations.

To support the need for collaborative thinking, the GDS has published a Service Manual which puts the emphasis firmly on needs: 'Your service should always be based on user needs and what’s essential to help users to achieve a specific goal.'

GDS flips the traditional idea of a service on its head, by considering an objective from a user’s point of view. It states: 'To a user, a service is simple. It’s something that helps them to do something - like learn to drive, buy a house, or become a childminder.'

But designing services which involve potentially hundreds of different parties is complex and convoluted. So what does all this theory actually look like in practice?

Over the last ten years, I’ve met with public and third sector staff who faced these exact challenges. Often they were fully aware of what should be happening, but felt restricted by historical processes which related to a silo mentality within their organisation. It’s probably fair to say that across government, services have primarily been designed with the needs of each department in mind, rather than the needs of each user. Sometimes, the only way to overcome these problems is to design new user-centric services from the ground up.

For example, Melton Mowbray Borough Council’s Me and My Learning Programme (M&ML) helps working age benefit claimants secure sustainable employment and involves over 20 different partners, such as Jobcentre Plus, Learndirect and The Prince's Trust. Over 70% of those referred to M&ML face four or more issues, ranging from drug and alcohol abuse through to homelessness and debt. Only through effective collaboration can the council tackle the most difficult barriers affecting jobseekers in their area.

Dave McKenlay, a M&ML business partner at Melton Borough Council, explained the thinking behind the new service: 'By co-ordinating a wide range of organisations under one umbrella we’re helping the agencies to work together and helping individuals on an individual basis, rather than just signposting them and keeping our fingers crossed. The payback for us as a local authority is the more independent the individuals are the less they rely on our services which carries a clear cost benefit.'

Another initiative which successfully brings together a range of different partners is the Warmth for Wellbeing Project which is run by Brighton & Hove Citizens Advice Bureau. The project aims to tackle fuel poverty and excess Winter deaths by creating a single point of referral. Partners are far-reaching and include Brighton & Hove City Council, Age UK, Money Advice Plus, Mind, Brighton Women’s Centre and the British Red Cross.

When a user enters the project, they receive an assessment which triggers a series of relevant referrals. But rather than simply signposting, project coordinators then track the progress of each user to make sure they don’t fall through any gaps along the way. This new way of working encourages all parties to think of an individual in terms of the entire project, rather than one specific area.

With public services under increasing pressure to deliver, staff on the ground are supporting each other like never before. By keeping an open mind to collaboration, organisations are breaking through traditional departmental barriers and gradually eroding the silo mentality of the past.

Gary Pettengell is CEO and founder of Empowering Communities.