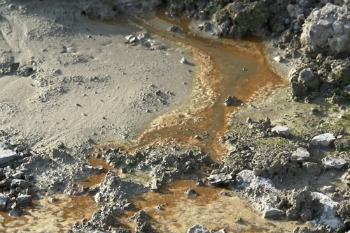 Whitehall is putting the public’s health at risk by cutting council grants to clean up contaminated brownfield land, the Environmental Audit Committee has warned.

A new report by the committee says the Department for Environment, Food & Rural Affairs (Defra) has withdrawn capital grant funding for local authorities to clean up contaminated soil despite the fact soil pollution may harm public health and water quality.

The committee estimates 300,000 hectares of UK soil is contaminated with toxic elements - such as cadmium, arsenic and lead - as a result of the UK’s industrial heritage, and claims councils will be less likely or able to tackle this without central government funding.

Whitehall believes toxins in the soil will be dealt with through the planning system and so central government funding would be unnecessary.

The chair of the committee, Mary Creagh, criticised this approach.

‘Relying on the planning system to clean up contaminated land may be fine in areas with high land values, but it means that contamination in poorer areas will go untreated,’ she said.

‘Councils simply do not have the resources to investigate which sites are contaminated. Ministers must rethink their decision to phase out contamination clean up grants.’

Mary Creagh also added: ‘Soil is a Cinderella environmental issue. It doesn’t receive as much attention as air pollution, water quality or climate change. But, whether we realise it or not, society relies on healthy soil for the food we eat, for flood prevention, and for storing carbon.

‘The Government says it wants our soil to be managed sustainably by 2030, but there is no evidence that it is putting in place the policies to make this happen.’