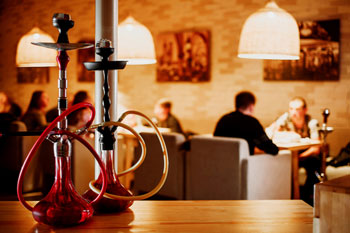 The Local Government Association (LGA) said rogue bar owners are undeterred by one-off fines of up to £2,500 so continue to allow indoor smoking, cause persistent anti-social behaviour and are even linked to organised crime.

The LGA is calling for councils to be given the freedom to adopt local licensing schemes that could cover shisha bars if there are concerns about how they are operating. This would enable them to monitor shisha bars and cafes for harmful activity and seize equipment or revoke licences for repeat offenders breaching licensing conditions.

Cllr Simon Blackburn, chair of the LGA’s Safer and Stronger Communities Board, said: ‘The growing popularity of shisha bars and the lawless way some of them are being run exposes the loopholes that exist in our out-dated and inflexible licensing system. The Government needs to make it easier for individual councils to regulate rogue shisha bars by giving them the power to license and regulate them in their areas.’

He added: ‘Smoke-free laws are not offering strong enough punishments to deter irresponsible shisha bar owners who are making lucrative profits, which means councils often need to carry out costly and lengthy investigations to take action against the same bar over and over again.’