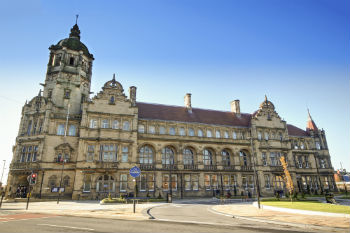 The leader of Wakefield Council has called on local authorities in Yorkshire to start considering alternative devolution proposals.

In February, communities secretary James Brokenshire told regional leaders that their plans for a One Yorkshire metro mayor failed to meet the Government’s devolution criteria.

He subsequently repeated this point at a meeting with local leaders on 1 March.

The communities secretary has, however, said that the Government was prepared to begin discussions about a ‘different, localist approach to devolution in Yorkshire’.

In a statement issued yesterday, Cllr Peter Box, the leader of Wakefield Council, called on Yorkshire leaders to consider alternatives to the One Yorkshire proposal so that the region does not miss out on a devolution deal.

‘Whilst he was unfailingly polite, the secretary of state made it absolutely clear that the government will not support a One Yorkshire devolution deal,’ he said.

‘He repeated that point several times during the meeting, setting out the criteria the government had used in coming to that decision.

‘Whilst he did agree to a future meeting, my understanding is that this meeting would be to consider alternatives to the One Yorkshire proposal.

‘It has also become clear that the government would quickly agree to either a Leeds City Region or a West Yorkshire devolution deal, either of which would unlock hundreds of millions of pounds.

‘Whilst no-one would want to stifle the long-term ambition for One Yorkshire, it is apparent that we should now begin to consider alternative proposals.

‘Wakefield is not in a position to pass up the potential funding available and we hope other colleagues will join us in considering what these proposals might look like.’