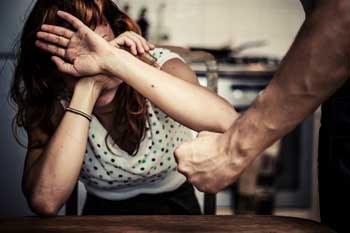 Local authority leaders have welcomed the re-introduction of a Bill aimed at protecting victims of domestic abuse, but called on the Government to fund services designed to prevent violence in the home.

The Government’s Domestic Abuse Bill will receive its first reading in Parliament today and marks, according to the home secretary Priti Patel, a ‘monumental step’ to empower victims of abuse.

The Bill, which was initially introduced by Theresa May's Government in July, will place a legal duty on tier one local authorities – county councils and unitary authorities – in England to offer secure homes for those fleeing violence as well as protection for their children.

It also proposes the first Government definition of domestic abuse, including financial abuse and controlling and manipulative non-physical behaviour.

The Bill in its present form will improve on the previous Government’s pledge to ban abusers from cross-examining their victims in the family courts by applying this rule to all family proceedings where there is evidence of domestic abuse.

Domestic Abuse Protection Orders and Protection Notices will also be brought in under the Bill. These will offer more protection to abuse survivors by imposing requirements on perpetrators such as prohibiting contact with victims or forcing them into substance abuse programmes.

The Government has announced it will fund any court costs for police applying for these Orders under the pilot.

‘An astonishing 2.4 million people in England and Wales have suffered domestic abuse. That is unacceptable, and the reason why it is so important to shine a light on this crime,’ said Ms Patel.

‘The Domestic Abuse Bill is a monumental step to empower victims and survivors, provide protection and tackle perpetrators at the earliest stage.

‘Through this bill and bolstering law enforcement, we will be able to keep millions of victims safe.’

Sandra Horley, chief executive of national domestic abuse charity Refuge said: ‘Refuge welcomes the re-introduction of the Domestic Abuse Bill, which is significantly enhanced by the addition of a legal duty on local authorities to provide refuge accommodation.

‘This Bill offers the Government a real opportunity to transform the response to domestic abuse in this country, but key to its success will be meeting this duty with adequate funding, so that no woman or child is ever turned away when seeking safety.

‘Refuge will continue to work with the Government to strengthen the bill as it progresses into law, and to ensure it best protects the survivors whose very lives depend on it.’

‘Crucially, the legal duty on local authorities could be life-saving, and we will continue to call on the Government to deliver a secure funding future for specialist women’s services to support this new legal duty,’ she said.

‘We are pleased the Government has listened to our calls for a wider ban on cross-examination to protect all survivors who face this traumatising practice, but there remains a long way to go before the family courts are truly safe.’

The Local Government Association (LGA) welcomed the re-introduction of the Bill and said councils take the issue ‘very seriously’.

However, in his response to the announcement, Cllr Simon Blackburn, chair of the LGA’s Safer and Stronger Communities Board, warned that councils needed extra money to deal with their new duties as well as funding for preventative services.

‘The new statutory duty to provide safe accommodation for victims and their children has only been placed on councils, but they cannot tackle this crime alone,’ he said.

‘Councils will need the cooperation of other public services, including the police, to work together on this. Where possible, victims of domestic abuse should be supported to remain in their own home if it is safe to do so.

‘There needs to be a greater focus on prevention and early intervention measures to tackle the root causes, support more victims, and stop domestic abuse occurring in the first place.

‘This will require funding and investment for evidence-based perpetrator programmes and for key learning and best practice from Domestic Homicide Reviews to be shared on a national level.

‘However, the ability of councils to fund services for victims is limited by significant pressures on their budgets.’

It learnt that 64% of refuge referrals were declined last year and that the number of refuge bed spaces in England is now 30% below the number recommended by the Council of Europe.

Only 5% of refuge vacancies listed last year could accommodate women with no recourse to public funds, and less than half had the capacity to accept women with more than two children.

‘Ahead of the Budget, we want to work with Government to ensure councils receive long-term and sustainable funding to protect individuals and families from the physical and psychological harm of domestic abuse,’ Cllr Blackburn added.

You could earn up to £31,173 per annum
You will be joining a busy team that carries out all types of maintenance and improvements across a diverse range of occupied and vacant properties. Coalville, Leicestershire
Recuriter: North West Leicestershire District Council