Chelmsford sees largest increase in footfall since easing of lockdown 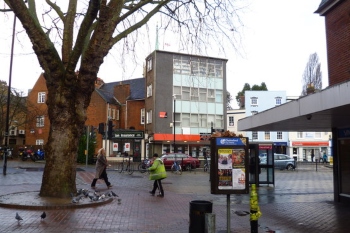 Chelmsford has seen the largest increase in footfall since non-essential stores opened earlier this month, but Exeter is where people are going into shops, according to new data.

New research by Huq Industries has highlighted England’s ten busiest towns and cities for both footfall and in-store retail in the week since non-essential stores reopened on Monday 12th April. Results include Saturday 17th April.

Chelmsford tops the list for footfall with an increase of 71.9% over the past week, but Exeter has seen the greatest rise in people actually going into non-essential stores, with more than three times as many store visits (up 227.3%).

However, cities from around the country saw an increase in people visiting non-essential stores, with Ipswich (up 183.3%), Nottingham (up 170.6%) and Manchester (up 137%) all appearing in the top 10.

Carried out by Huq Industries, the analysis also revealed the 10 towns and cities that are lagging behind since the re-opening of the high streets: Peterborough has only seen footfall go up by 3.9%, while Southend-on-Sea saw store visits rise by only 5.3%.

Conrad Poulson, chief executive officer at Huq Industries, commented: ‘This data highlights that commuter towns and residential areas around London and the big conurbations of the North are seeing the greatest rises in footfall since non-essential retailers were allowed to re-open.

‘Importantly, it also shows that footfall and economic activity are not always the same thing. Many of the towns and cities that are seeing people moving around in increasing numbers aren’t necessarily seeing an increase in retail activity. Retail behaviours are shifting with the growth in e-commerce and it’s becoming harder than ever to turn a town centre visitor into a shopper.

‘It’s also not hugely surprising that people are using their local high streets rather than rushing into major urban centres to enjoy the fresh air and do their shopping. Many are still wary of public transport, which is the usual way many would travel to the big centralised shopping areas.’