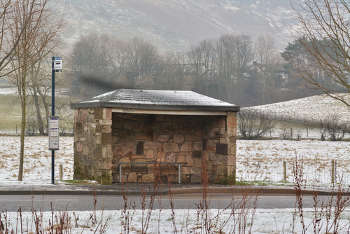 A group representing bus users across the UK has published a 10-point plan to reverse the decline in rural services.

It added that over the past two decades rural bus services have experienced a ‘perfect storm’ of rising operational costs, increasing regulation, particularly for community transport providers, funding cuts from local authorities, and a lack of competition to run services.

Its report, Rural buses: reversing the decline, examines the reasons behind the fall in rural bus services and looks at the costs ‘in terms of rising inequality, social isolation and deprivation’.

Chief executive Claire Walters said: ‘Creative and innovative solutions to the rural transport crisis are urgently needed, but will only be possible with reform of the bodies and the regulatory environment that govern it.

‘Access to affordable and reliable transport in rural areas doesn’t just improve the lives of the people it serves: it has wider social, environmental and economic advantages that benefit us all.’

The report sets out a 10-point plan which the group said aims to regenerate the industry and ensure that rural transport meets the needs of local communities.

It calls for reform of the Traffic Commissioners to have regard for the interests of bus users, modernisation of the role of the DVSA, for local authorities to take a more consumer-led approach to transport, and for local partnership working to be a requirement between local authorities and bus operators.

It also calls for a trial for new models of rural bus provision built on community interest or co-operative principles.

£33,122 - £38,423
The successful candidate will carry out statutory reviews of decisions under the Housing Act 1996, as amended by the Homeless Reduction Act 2018. Camden, London (Greater)
Recuriter: Camden London Borough Council

£30,066 - £34,538 per annum (subject to experience)
To be successful you will need extensive demonstrable experience working with people with various disabilities or other potentially... Camden, London (Greater)
Recuriter: Camden London Borough Council