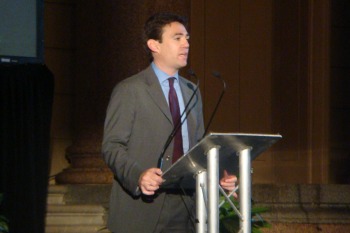 The Government should ‘deepen its commitment to the Northern Powerhouse, not abandon it’ as part of the response to Brexit, according to Manchester mayoral hopeful Andy Burnham.

Speaking at an event partnered by The MJ in Manchester, shadow home secretary Mr Burnham said: ‘It seems odd to me that the Government is hinting it seems to be about to pull the plug on its own Northern Powerhouse.

'I would argue that the right response to Brexit is to deepen the commitment to the Northern Powerhouse - not abandon it.’