Science and technology has always been a powerful dynamic in regeneration, and the fourth industrial revolution has many parallels with the first in the way that it continues to shape our thinking about towns, cities and places.

It’s striking that science and technology is more or less unchallenged at the vanguard of how economists think the country should approach the future. This is a vision of the UK as a highly skilled, high value economy.

Life science is one of the areas where the UK excels, aided by its base of world-class, research-intensive universities.

The Government made it a priority in the Industrial Strategy and the UK regions are a key element in this story. But outside of the Golden Triangle of Oxford, Cambridge and London, to date it is only the North West that has been able to achieve a cluster of major significance. It is built around research intensive universities in Manchester and Liverpool, together with a pool of cancer research expertise in Manchester, and infectious disease knowledge in Liverpool.

The West Midlands Combined Authority, meanwhile, has a strategy focused on developing its digital tech, med tech and life science research assets. In West Yorkshire, fintech leads the way, whilst Bristol-Bath has a broad innovation-focused cluster, which includes health technology.

Location matters and proximity to talent, in particular, is one of the major reasons why sector clusters work well, whatever the industry. All of the evidence demonstrates that you are far more likely to make a success if you are engaged with like-minded people in a reasonably close environment – a reality that’s sat behind very different clusters on America’s West Coast for example; software in Silicon Valley, bioscience in San Diego, and, for that matter, the film industry in Hollywood. 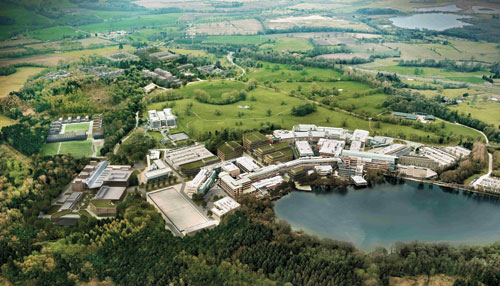 There are four principal issues underpinning successful knowledge clusters. People are critical but the other ingredients include company numbers. There has to be a strong flow of spin-outs as well as established companies providing anchors for any given region. Finally, funding is the lifeblood of any cluster with the flow of both grant and equity funding being key to success.

At IDM, we’ve looked at these fundamentals with the goal of identifying insights that can inform activity around the UK. To bring the issues to life, we produced a scorecard which contrasts the growing cluster in the North West, with those in Oxford and Cambridge. We didn’t look at London because its very size tends to skew the data.

Our simple ranking system awarded five points for being first in a category, three points for second, and one for third. Cambridge led the way in terms of access to talent, followed by Oxford and then the North West. We assessed several factors - including job vacancies, existing sector employment and cost of living. Cambridge consistently had the highest number of job vacancies, followed by the North West and then Oxford. The relatively low cost of living in the North West compared to the South and East of England gave it an advantage.

However, the flipside is the contextual point that Oxford and Cambridge are attractive because they are mature clusters. By and large, employees will favour an established cluster – particularly within the perceived high-risk environment of life science businesses.

We also investigated the research landscape. Charting the number of research publications within peer-reviewed life science journals for academic institutions, Oxford and Cambridge again scored very highly and the North West, less so.

Digging further into these numbers, we conducted a network analysis to identify how well-connected academic institutions were. Looking at a sample of more than 100,000 relevant publications, we discovered that 82% of research was carried out solely within North West institutions whereas Oxford and Cambridge recorded 76% and 74% respectively. All successful clusters attract network partners from outside the cluster and this cross-fertilisation of knowledge contributes to perpetuation of that success.

Reviewing the number of spin outs from higher education institutions over the last 15 years, Cambridge (2nd) and Oxford (1st) have the best track record within the UK. In the North West, the picture is dominated by Manchester and Leeds, although both are some way behind their southern competitors. 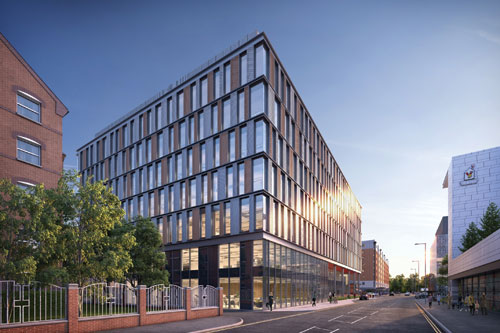 Here, the North West actually wins - £18.5bn of grant funding has been invested into research from these five bodies since 2010. In comparison, the Oxford cluster attracted £18.2bn and Cambridge £14.6bn.

So the North West has the most research funding but it’s far and away the worst at company creation. This begs the critical question as to why grant funding in the North West is not being translated into output?

From detailed breakdowns of the funding, it is clear that Oxford and Cambridge are streets ahead of the rest of the UK (excluding London). Cambridge leads on early-stage venture capital - £343m raised in 2018, followed by Oxford with £188m whilst the North West secured only £19m. For late-stage VC investments, Oxford led the way with a colossal £635m – the highest UK figure, with Cambridge on £398m and London, for context, attracting £385m. The North West drew in £88m. There’s no doubting the greater breadth and scale of the investable propositions that exist in Oxford and Cambridge. For a challenger region such as the North West, one of the many hurdles is that investors are creatures of habit and will tend to focus on the businesses and entrepreneurs operating in an established cluster.

The data around angel investors is much the same. The North West generated £2.7m of investment in 2018 whilst both Oxford and Cambridge secured circa £18.5m.

So, perhaps not surprisingly, on our simple scoring system, the North West comes third behind the relative behemoths of Oxford and Cambridge across the four fundamentals of people, knowledge, businesses and funding.

The North West is getting more than its share of research funding. In contrast to Oxford and Cambridge, what it’s not doing however, is generating the research outputs that it should be. Nor is it effective enough at creating the number of start-up companies that it should be, relative to what Oxford and Cambridge are doing. And, given the circular nature of some of these fundamentals, it is that translation activity that is key to establishing a successful cluster. For the cluster to thrive, you need a supply of young companies, founded on high-quality science from leading academics.

With the right companies, early stage investment will flow more readily attracting the pool of talent necessary to support growth. That growth, in turn, feeds a virtuous circle of activity attracting support businesses and inward investment.