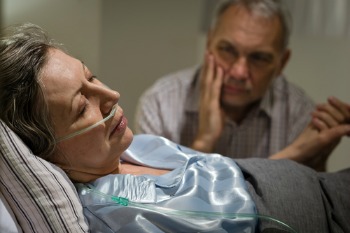 ‘Bed blocking’ is costing the NHS £820m a year and putting care services under strain, according to the latest set of figures from an official watchdog.

The National Audit Office (NAO) has today warned in a new report that keeping older people in hospital longer than necessary could threaten the ‘financial sustainability’ of the NHS and local government.

According to the watchdog, the number of days in hospitals when beds are occupied by patients, who should have been discharged has increased by 31% over the last two years to 1.15m days.

But the report adds, this does not include patients receiving non-acute treatment and so the true figure could be as high as 2.7m days.

It also highlights a number of problems within the social care system, including a shortage of nursing and home care staff, which it said is making it difficult to discharge older patients.

The report also adds that while hospitals have financial incentives to cut delays, there is no incentive for local authorities to speed up receiving patients discharged from hospital.

‘While there is a clear awareness of the need to discharge older people from hospital sooner, there are currently far too many older people in hospitals who do not need to be there,’ said NAO head, Amyas Morse.

‘Without radical action, this problem will worsen and add further strain to the financial sustainability of the NHS and local government.’

Responding to the NAO report, the Local Government Association's (LGA) community wellbeing spokesman, Cllr Izzi Seccombe, said: ‘Getting people out of hospital more quickly and back living at home will only work properly if councils get enough resource throughout the whole year to properly fund adequate provision of care services.

‘Councils are absolutely committed to reducing the level of delayed transfers of care from the NHS and in the vast majority of areas are working with their local health partners to help reduce pressures on the NHS.’