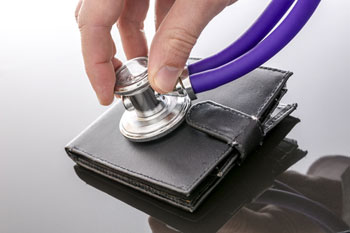 Council chiefs have criticised the Government’s response to a report on the care home market describing it as a ‘serious over-simplification’ of the adult social care crisis.

In their response to the Competition and Markets Authority’s (CMA) final report into the care home market, Whitehall criticised local authorities for not paying care providers enough.

They said Government had given local authorities ‘access’ to up to £9.4bn more dedicated funding for social care over three years.

‘Given this,’ the response reads, ‘we would expect to see an increase in the fee levels paid to providers over the remainder of the Spending Review period.’

‘Councils may “have access to” increased funding, but each component part is not without its issues,’ she said.

She acknowledged councils are able to levy a council tax precept in order to raise money for social care, but points out that this ‘shifts the burden’ of tackling a national crisis onto councils and their residents.

In their response to the CMA report, the Government pointed to the £150m Adult Social Care Support Grant they have promised councils.

However, Cllr Thomas said this was not new money and just part of the New Homes Bonus (NHB).

‘In effect it is simply a redistribution of funding already promised to councils and actually leaves some councils worse off overall as they lose more in NHB payments than they gain in the adult social care grant,’ she said.

She also criticised the Better Care Fund and said the Government was more focused on reducing pressures on the NHS than supporting the social care sector.

‘Councils continue to work extremely closely with providers to ensure there is a diverse and stable market that helps to meet people’s needs,’ Cllr Thomas concluded.

‘The additional funding councils can call on will be used in part to support the provider market, but the funding is not sufficient to deal with all short-term pressures, hence the projected funding gap of more than £2bn facing adult social care by 2019/20.

‘Funding uncertainty means it is impossible to plan, or give assurances, beyond 2020, which makes it difficult to guarantee permanent increases in provider fees.’

‘If the system remains unchecked, more and more providers will either pull out of council contracts or go out of business altogether,’ she added.

£36.711 - £39.774
We are looking to recruit a strong, versatile leader, that has excellent negotiation and customer care skills. Greenwich, London (Greater)
Recuriter: Royal Borough of Greenwich

£33,291 - 38,799 pa inc.
This is an exciting time to join a busy, committed and motivated team. In accordance with the Children and Families. Wembley, London (Greater)
Recuriter: Brent Council