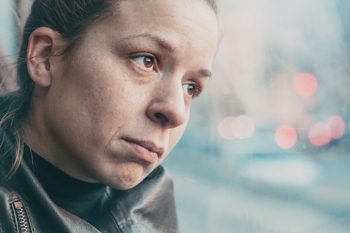 A new study has revealed the extent to which the impact of COVID-19 has been exacerbated by pre-existing fault-lines in the welfare state and social services.

The London School of Economics and Political Science report highlights the major weaknesses and structural limitations of the welfare state and public services in early 2020.

Among its discoveries, it found that high levels of unmet need for adult social care in England on the eve of the pandemic affected the most disadvantaged disproportionately.

Two out of five older people in the most deprived areas did not receive the help they needed with meeting their daily needs in 2018. The burden on unpaid carers also increased. By 2018/19, one in three was providing 35 hours a week or more.

The report, which was funded by the Nuffield Foundation, also found that in England core homelessness rose steadily up to 2017, with particular growth in rough sleeping and unsuitable temporary accommodation. Despite signs of improvement after 2017, rates remained high on the eve of the pandemic.

The number of children in relative poverty rose to 4.2 million in 2018/19, and rates of poverty among children in families with three or more children increased sharply from 2013/14 onwards.

The developmental gaps between disadvantaged reception-age children and others in England stopped improving in 2017 and then widened again, according to the LSE’s findings.

A higher proportion of babies born into low socio-economic status families in England and Wales have a low birthweight, and the gap increased in 2018, reversing a previous narrowing. The infant mortality rate in the UK increased for three consecutive years to 2017.

The overall employment rate in the UK increased from 72.4% in 2014 to 76.6% in 2019, minimum wages increased and the proportion of 21 to 30-year-old graduates in high skilled employment went up.

However, in-work poverty rates also increased – nearly two million full-time employees were living in poverty by 2017/18 – and the number of young people not in education, employment or training had stopped falling by 2017.

‘It is critical that the lessons from the second decade of the twenty first century are not obscured by the enormity of the pandemic itself and that action is taken to address the social policy lessons from the pre-pandemic period,’ commented Dr Polly Vizard, who co-led the research with the late Sir John Hills.

‘The programme findings identify serious weaknesses and limitations of the welfare state and public services on the eve of COVID-19. There is overwhelming evidence that a break in progress in improving social outcomes and reducing social inequalities across multiple critical areas of life had already occurred prior to the public health emergency and the economic and social shocks that it triggered.

‘Across the social policy areas that we examined, key indicators of social progress had already slowed down, stalled or gone into reverse prior to the onset of the COVID-19 pandemic.’

Mark Franks, director of welfare at the Nuffield Foundation, said: ‘The Government’s desire to “level-up” is often discussed in terms of narrowing the gap in economic performance between London and the South East on the one hand, and the rest of the UK on the other.

‘But where people live is only part of the picture – there are huge variations in opportunity, wealth, and well-being across many other dimensions, such as ethnicity, social background, age, gender and disability, many of which intersect and reinforce each other.

‘This report provides a unique analysis of the major weaknesses and structural limitations of the welfare state and public services that existed even before the pandemic and illustrates both the scale and urgency of the action required to build a society that provides a good quality of life for all, including those people and groups who are currently facing the greatest deprivation.’