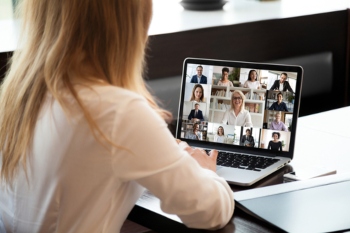 Councils will not be able to continue to meet virtually after 6 May after High Court Judges dismissed a legal challenge by local government.

The Association of Democratic Services Officers (ADSO), Lawyers in Local Government (LLG) and Hertfordshire CC launched a judicial review after the Government refused to extend emergency legislation to allow virtual meetings beyond the 6 May deadline.

In a hearing last week, they argued councils could use existing powers to meet remotely. It would remove the need for primary legislation, which the Government claims is not possible.

However, judges have now ruled a ‘physical presence’ is needed for remote meetings under existing legislation. They claimed: ‘The decision whether to permit some or all local authority meetings to be conducted remotely… involves difficult policy choices on which there is likely to be a range of competing views.’

Those decision, they concluded, ‘are for Parliament, not the courts’.

ADSO chair, John Austin, said he was ‘extremely disappointed’ with the judgement. ‘The situation Councils now find themselves in is untenable and I call on the Secretary of State to back up his support for our claim and legislate quickly, as Governments have in Wales and Scotland,’ he said.

President of LLG, Quentin Baker, added: ‘I’m confident that we have paved the way for Government to legislate and LLG will be working closely with ADSO to assist the secretary of state to deliver that outcome.’

Local Government Association chairman, Cllr James Jamieson, also voiced his disappointment. ‘Councils by law, have to hold annual meetings within 21 days following local elections, so many will now have to use very large external venues to allow all members of the council to meet in person,’ he said.

Even communities secretary Robert Jenrick has publicly announced he is in favour of virtual meetings, despite the Government’s claim there is no room for primary legislation.

LLG and ADSO have vowed to continue to lobby for legislation to be brought forward quickly to amend the rules and allow councils to meet virtually.

There is currently a government consultation on the issue underway.