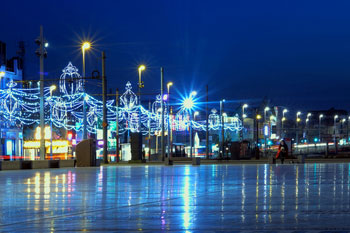 A new report from Localis has warned that two-thirds of England has no governance structure with the strength and capacity to help deliver the Government’s national industrial strategy.

Entitled The Making of an Industrial Strategy: Taking back control locally, the report argued the country’s small and rural towns, which have some of the structurally weakest local economies in England, should be granted new powers to revive their areas.

These should include devolved control over planning to help towns and cities expand, local transport, tax-setting policy, business incentives and labour market freedoms to help attract the right talent for major local employers, the study advises.

It further suggested 47 strategic authorities, covering the totality of England, are needed to make use of new locally-held powers to boost economic output.

Liam Booth-Smith, chief executive of Localis, said some of these areas, including cities such as Blackpool, Copeland and Stoke-on-Trent, have never recovered from the economic trauma of the 1980s and make up the ‘heart of Brexit Britain’.

‘These, the most ‘stuck’ economies in the country, are of increasing political importance. Not only are they the beating heart of Brexit Britain, but home to a new wave of battleground parliamentary seats,’ he said.

‘In the aftermath of triggering Article 50, the Government’s industrial strategy has to address a political imperative of how the benefits of growth are fairly shared across the nation to reach these areas.’

The leader of Birmingham City Council, Cllr John Clancy, welcomed the publication of the report and said it came ‘at a critical time in the development of the UK’s new industrial strategy.’

‘Birmingham and the West Midlands are at the heart of the UK’s industrial economy and our success as a region is critical to the future prosperity of the nation post-Brexit,’ he said.

‘We are determined to ensure that we work with government and our partners in the business community to deliver a powerful and effective industrial strategy for the West Midlands.’

He said the success of such an industrial strategy required a ‘place-based approach’, which would mean ‘radical devolution of powers and funding and not just local strategies drawn up in Whitehall.’

Writing in the foreword to the report, secretary of state for the department for business, energy and industrial strategy, Greg Clark, said: ‘The prime minister has made clear that we need to ‘drive growth across the country’ and the industrial strategy will not ignore this reality.

‘Place will be an important feature of the industrial strategy, it will be a lens through which to make decisions and judge success.

‘Local civic and business leaders will be central to ensuring the Government’s vision of a country sharing in the prosperity of growth. This means we need everyone to work together in the national interest.’

District council leaders welcomed the report’s call for more funding and the devolution of more powers. However, they were critical of the propsed new strategic authorities, describing them as ‘fundamentally flawed’.

‘When it comes to devolution, we remain clear that one size does not fit all,’ said Cllr Neil Clarke, chairman of the District Councils’ Network.

‘It must be down to local areas to determine governance arrangements which reflect what local people and businesses want and will work best to drive economic prosperity at a local and regional level.

‘The 47 strategic authorities outlined in the report will therefore not always provide the most appropriate geography for which to drive growth across the country.’

The Local Government Association also told The MJ it was important not to ‘create unnecessary uncertainty or confusion through the creation of new institutions or structures’.