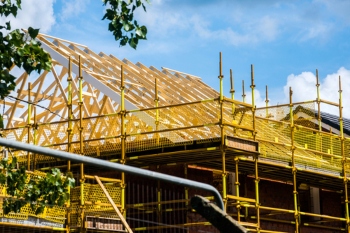 A 'greenfield surcharge' should be introduced to help encourage brownfield development, according to a new report.

The proposal, published by the Environmental Industries Commission (EIC), argues the new charge should be added to the proposed infrastructure levy to help mitigate the higher development costs often associated with brownfield.

The report shows that only 20% of new residential projects were on land that has already been developed in 2018, compared to 40% in 2014.

'Our analysis shows that developers are making significantly less use of brownfield, yet there is huge potential for it to deliver ambitions around levelling up,' said Matthew Farrow, director of policy at EIC. 'Not only can it help find the space for 300,000 homes a year, but it can also funnel new investment to those traditionally underfunded post-industrial towns, cities and communities.

'Our practical, common-sense proposal around a greenfield surcharge would revitalise brownfield development, help to deliver homes, and ensure that we are making the most of this chronically underused asset.'

The report also calls for the adoption of the Construction Leadership Council’s (CLC)’s recommendations for longer-term regeneration zones to support redevelopment on complex sites. It also wants land remediation tax relief to be increased on sites with fewer than 25 units.