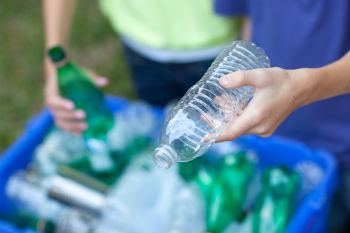 Recycling rates in the UK have decreased for the first time since records began, figures have revealed.

The official statistics from the Department for Environment, Food & Rural Affairs (DEFRA) shows that rate of household recycling has fallen from to 44.3% from 44.9% in 2015.

The figures also show that the amount of rubbish successfully recycled fell from 44.8% last year to 43.9% in the year ending in March 2016.

Waste experts have warned that cuts to councils’ budgets are responsible for the fall in recycling rates. LARAC is calling for a fundamental review of the funding for council waste services and for concepts such as Extended Producer Responsibility and Direct Charging to be explored and implemented.

Andrew Bird, chair of LARAC, said: ‘We are obviously disappointed that the rates have gone down for the first time. But when waste services are competing for a reduced budget with adult care, education and social services it is clear something is going to give. We need to establish new funding streams into local authorities to ensure the recycling rate increases again.’

The figures show that South Oxfordshire District Council has maintained its title as England’s best recycling council for the third year in a row. The council, whose recycling and refuse is collected by municipal contractor Biffa, had a recycling, reuse and composting rate of 66.6% for 2015-16.

Biffa Municipal managing director Roger Edwards said: ‘It’s well-documented that England’s recycling rate has stalled. I attribute this to greater focus on quality, closer scrutiny of ‘dry’ household recyclables at the point of collection, and increased rejection because of contamination.

‘We should all work harder to ensure that household recyclables such as paper, card, plastics, and metal and glass containers are as clean as possible when put out for collection, and that they aren’t adulterated. Contamination can cause entire lorry-loads of recyclables to be rejected, at high cost to already-stretched councils.’