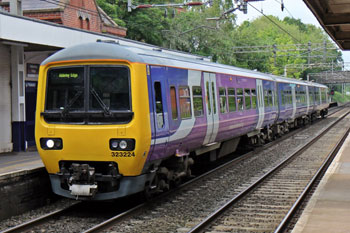 A coalition of local government leaders in the North has called for full powers governing the management of all rail infrastructure to be handed over to the region.

In an open letter, 71 council chiefs and business leaders told the Government that in light of the the recent ‘railway fiasco’ Transport for the North (TfN) should have full control over the region’s railways.

This would enable the North to ‘take control of its own destiny’, they said.

‘The failure of Northern Rail to be ready for the new timetables, the delays to the completion of engineering works by Network Rail and the lack of government action have led to this debacle,’ the letter read.

‘We now call on the government to address it by granting Transport for the North (TfN) full powers to manage all northern infrastructure.

‘Only by TfN being accountable for the performance of Network Rail and the train companies can the north truly take control of its own destiny.

‘Without greater authority TfN will not be able to supervise delivery of the north’s first strategic transport plan and avoid repeats of the current fiasco.’

The letter’s signatories, which include Sir Richard Leese, leader of Manchester City Council, and North Yorkshire County Council leader Carl Les, also warned the railways in the North are not good enough to attract investment in the region.

‘Even when things return to normal, the railways across the Northern Powerhouse region are not good enough to attract investment and increase productivity at the pace required to ensure we become an equal partner in the UK economy,’ they wrote.

They insisted the Government should commit itself to implementing the TfN’s Northern Powerhouse Rail strategic outline business case in full, before the autumn budget, in order to guarantee that ‘northern businesses will secure growth and our children can use a fit-for-purpose modern rail network.’