Metro mayor must show they ‘mean business’ from day one 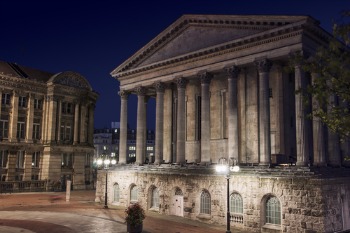 The West Midland’s metro mayor should make tackling traffic congestion a priority in order to get a ‘quick policy win’ on assuming office, report says.

The think tank Centre for Cities has set out what it believes should be the three top priorities of the West Midland’s metro mayor when they take office in May this year.

The first policy should be to cut down on car use and encourage other forms of transport, especially in Birmingham and Wolverhampton.

While this would be a ‘quick win’ for the mayor, the other two policies are long-term strategic priorities.

The first is supporting more people to move into employment by improving skills.

‘Around 61,000 people in the West Midlands are currently looking for work, and employment in the region is nearly 10% lower than the national average,’ said Alexandra Jones, chief executive of Centre for Cities.

‘Tackling this problem should be the top long-term priority for the mayor, who should focus in particular on improving skills among local people.’

The second priority should be raising the international profile of the region - important for competing with Greater Manchester.

‘The mayor has a big role to play in this by acting as a spokesperson for the region on the global stage, forming networks with other cities across the world and taking firms on trade envoys on behalf of the West Midlands,’ said Ms Jones.

‘This will be crucial in attracting more foreign investment, helping local firms in all sectors to export internationally and boosting jobs across the region.’

‘There’s a lot at stake for the new mayor, and showing that they mean business from day one will not only be vital in building trust with local people across the West Midlands – it will also be crucial in achieving their vision for the city-region and securing the long-term future of the mayoral office,’ Ms Jones added.