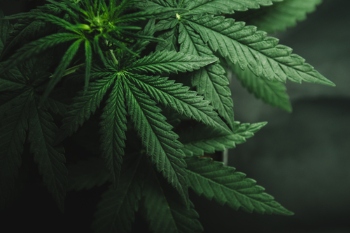 Three London boroughs could be part of a pilot scheme aimed at diverting young people caught with a small amount of cannabis away from the justice system.

The targeted pilot would apply only to 18-24 year olds found in possession of a small amount of cannabis in three of London’s 32 boroughs.

Lewisham council commissioned a consultancy report into the negative impacts of low-level drug offences. The report recommended that the borough pilot pre-custody drug diversion for 18-24-year olds found in possession of a small amount of cannabis.

The local authority subsequently approached the Mayor of London’s Office for Policing and Crime (MOPAC), which is currently looking into the scheme.

‘This limited trial, which is still in development and has yet to be approved by City Hall, would involve three of London’s 32 boroughs and would only apply to 18-24 year olds found in possession of a small amount of cannabis. It would not apply to any other drug,’ said a spokesperson for the Mayor of London.

‘The idea of the scheme, which is already used by other police forces across the country, would be to divert young people who are found with a small amount of cannabis away from the criminal justice system and instead provide help and support. This has been shown to reduce reoffending.

‘Reducing crime is the Mayor’s top priority and he will continue to explore and implement the most effective solutions to help to divert young people away from drug use and crime for good.’

The pilot is based on the Thames Valley Model, which won a national award last year.

Damien Egan, mayor of Lewisham, commented: 'We are in early discussions about the possibility of a diversion pilot for low level drug offences.

'The current approach to policing drug offences is disproportionate and is not working; young Black men are around four times more likely to be stopped and searched than their White counterparts and in 2019 almost 90% of the children in Lewisham who were sent to court for the first time were from a Black, Asian or ethnic minority background.

'The reasons young people get involved in drugs are incredibly complex. As a society we cannot simply arrest our way out of these issues, and it’s important we explore early intervention schemes that focus on support and education, and aim to divert young people away from drug use and crime for good.'