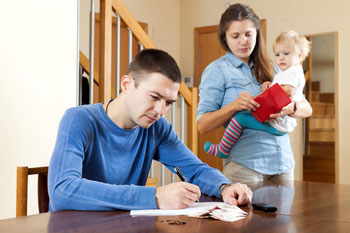 Local authority leaders have warned that millions of low-income households are ‘facing debt and financial exclusion’ due to Whitehall cuts.

The Government stopped funding local welfare schemes, which supported people through temporary crises, in 2015. This cut is against a wider background of austerity which has seen councils lose 60p out of every £1.

Entitled Reshaping Financial Support, this report also urges the Government to better evaluate how local financial support can reduce the demand for other high-cost public services, such as health, housing and social care.

‘In spite of financial challenges, many councils are still finding ways to provide direct and indirect financial support to those in financial difficulty or at risk of financial exclusion because of the vital role it plays in preventing crisis and improving people’s lives,’ said Cllr Richard Watts, chair of the LGA’s Resources Board.

‘It also reduces the need for more costly interventions, for example, housing, health and social care services. This is becoming increasingly difficult and huge concerns remain about the future of local welfare funding into the next decade.’

‘The reasons households get into debt or financial difficulty can be complex. Debt is often a symptom of wider problems, as well as a cause,’ Cllr Watts continued.

‘Councils need the resources and capacity to disentangle and address complex issues, focus on prevention and bring services together. Unless local support is effective there is a risk that we entrench poverty and its associated problems.’