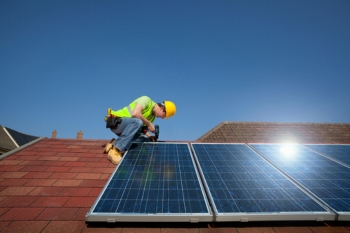 Local government will need an up-front investment of £68bn from Government in order to become net zero by 2035, according to a new report.

The report, published by UNISON, warns that without a significant capital injection of funds, public services would only be able to move slowly towards net zero.

Overall, it calculated that getting the UK's public services to net zero will require £140bn of government funding by 2035. Local government would need the most funding to make buildings energy efficient, green waste collection and processing, and introduce increased cycling infrastructure.

'The cost of moving across to greener public services won’t come cheap, but there’s not a moment to lose,' warned Christina McAnea, UNISON general secretary.

The sooner a start can be made, the quicker emissions will begin to come down and public service bills reduce. But the pace of green change needs to increase and significantly too.

'Private investment won’t provide the solution either. This would mean delay and increased taxes for those least able to pay. The government must borrow to invest now to help public services over the green line. Otherwise, the cost of making the transition will be anything but just.'

The report found that measures such as the introduction of electric vehicle fleets and LED streetlighting could create almost a quarter of a million new jobs.