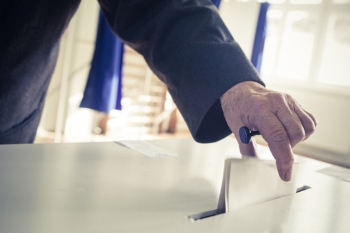 Tower Hamlets and Newham LBC have both voted to keep the post of directly elected mayor in referendums run alongside the local elections.

Newham, where voters were offered the choice of maintaining their current model or shifting to a committee model, 56% of voters opted to keep the mayor. Turnout was 37.6% of eligible voters.

Current mayor, Rokhsana Fiaz, said: ‘The voters of Newham have opted to keep their right to directly elect the Mayor to be their champion and their voice at the council, and I would like to thank everyone who exercised their right to vote.’

Mayor John Biggs, who currently holds the post, said: ‘’We’ve had the mayoral system in Tower Hamlets for over ten years now. After ten years it can be reviewed, and the voters have decided that this is the system we should continue with.

Now this matter is resolved we can move forward with certainty about the governance system we have in place for the next decade.’

Croydon LBC will also hold a referendum later in the year to decide if it should introduce a directly elected mayor.

Neither Tower Hamlets or Newham held elections for their mayors this year. Across the rest of the country, several council and metro mayor seats were up for grabs, with the following results: