How local authorities could help their private hire and taxi drivers 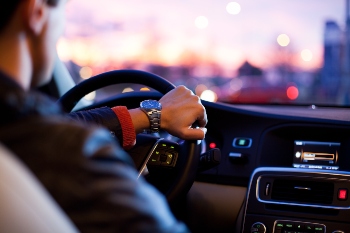 In 2018 the Work Futures Research Group at Nottingham Trent University began to research working conditions and pay for private hire and Hackney drivers. Our attention was initially drawn by a strike of around 100 Uber drivers in Nottingham, which represented around a quarter of the drivers licensed in the city at that time.

Over the next year and a half, we conducted in-depth interviews with members of trade unions and drivers’ associations, relevant individuals from Nottingham City council, and an organisation supporting students on nights out, to understand their various perspectives on the sector. The ideas shared in these interviews helped to focus a review of the literature to see what had could be learned from other towns and cities around the world, to help address the difficulties reported by drivers in Nottingham and many other places.

Our final report is available here, together with two briefing papers directed at local authorities and central government. This article discusses some of our recommendations for local authorities.

Some drivers reported feeling that nobody was concerned about their wellbeing, and interviewees from the local authority viewed their responsibilities for the trade as limited to issues of public safety and environmental standards. While nobody is arguing that these things are unimportant, some of our participants suggested local authorities should also share some responsibility for drivers’ welfare. Indeed, our review of the literature points to the close connection between driver welfare and passenger welfare. Our findings identify problems of economic insecurity, unpredictable incomes, and a weak correspondence between hours worked and money earned. Where drivers are working long hours, stressed out and financially insecure, this does not put them in the best position to provide a safe and high-quality service for passengers.

Local authorities’ powers with regard to the sector are limited in many ways, and there is an ongoing national debate about the need for new legislation. There was widespread agreement among our participants that Nottingham has an over-supply of private hire vehicles. Participants argued that this is making it more difficult for private hire and Hackney drivers to find enough work to make a living, with a further consequence that this encourages some private hire drivers to illegally ply for hire to supplement their regular income. This was before the pandemic, which has resulted in a further drop in demand. This over-supply was generally associated with the Deregulation Act 2015 and the introduction of Uber to the market.

Our findings support calls for government to introduce powers to limit the ability for private hire cars to operate outside the local authority where they are licensed, and for local authorities in England to be given powers to cap the number of private hire vehicles, as is already the case in Scotland. Arguments were also made by some drivers to extend the conditions on operators’ licences, to include minimum standards for pay and conditions. An interviewee from the local authority pointed out that this would require not only legislative change, but also significant additional resources if such conditions were to be enforced.

Even within the limitations of current legislation, local authorities can play an important role in protecting drivers’ welfare and improving their pay, security and working conditions. For example, local authorities could include standards for how drivers are treated as part of their procurement criteria for private hire contracts. Or existing app-based models such as UniCab could be adapted; its current form standardises terms for students to access drivers from a range of private hire operators, and a similar model could be developed that allows customers to access local providers that have all been accredited by the local authority for their treatment of drivers.

Local authorities could also begin to address problems of over-supply through targeted employment support for private hire drivers who might consider moving out of the sector and into alternative work. Our research found that currently in Nottingham some drivers see this work as a last resort, or lack opportunities to move on to other work, making the problem of oversupply harder to tackle.

Local authorities also have a major impact on drivers’ experience of work, for better or worse, through the way they operate their licensing and enforcement regimes. In Nottingham we encountered complaints from some drivers about unreasonable attitudes from CPO’s, a first stage appeals process that rested on a single officer’s decision, and a second stage of appeals to the magistrates court that was considered by some drivers to be obscure and inaccessible. We also heard reports that CPO’s were overstretched, with just four dedicated officers for around 2,500 private hire drivers and over 400 Hackney drivers working in the city.

Our findings suggest a need for increased resourcing and oversight of CPOs and the adoption of a panel rather than an individual to hear first stage appeals, to strengthen accountability and reduce possibilities for actual or perceived bias. The importance of such an approach was also emphasised in the new statutory standards published in July, together with the need to avoid the managers of enforcement officers being involved in decision making on appeals.

Finally, the diversity of perspectives and interests that were evident among the stakeholders we consulted highlights the importance of structures to enable dialogue. We recommend local authorities establish a regular forum, if one does not already exist, to bring together Hackney and private hire drivers’ organisations, operators, and relevant councillors and officers, with a strategic vision to develop the sector in concert with other forms of local transport. To make this meaningful, such fora need to recognise the importance of drivers’ perspectives and concerns, and shift some power into their hands.

The research we have conducted to date is a first step, and we feel more in-depth research is needed. We would be delighted to hear from councillors and officers who would like to discuss our findings and recommendations or offer their comments or insights. We also welcome discussion of possible further research projects and collaborations. Email: tom.vickers@ntu.ac.uk