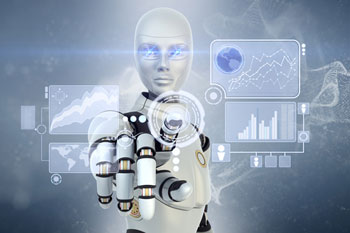 Local government workers have been invited to take part in a new survey on the future of work.

Innovation foundation Nesta has launched the poll in partnership with The MJ to understand how public sector workers feel as services change over time, particularly in the face of artificial intelligence and automation.

The results will be used to shape discussions at Nesta’s Government Innovation Summit next month.

Nesta’s executive director of programmes, Vicki Sellick, said: ‘Many people worry about the impact that artificial intelligence and automation will have on local government, but far more important to our success is the role of frontline government workers in bringing about innovative new approaches to problems.'

The survey is open until 8 September, with those taking part being entered into a prize draw to win a Love2Shop voucher of £75.

Ms Sellick added: ‘As we prepare new guidance for government innovators we want to understand how those working on the frontline feel about their ability to make changes and we’re asking them to complete this short survey to let us know.’

£41,881 - £44,863 per annum
You should have a degree or diploma in civil engineering or other relevant discipline, and extensive experience in... North Wales
Recuriter: Conwy County Borough Council

£40,829 - £47,360 per annum
You will be mainly based at one of Camden’s 5 community Children Centres hubs. Camden, London (Greater)
Recuriter: Camden London Borough Council

£31,434 - £34,986 per annum
You’ll investigate, consider and report on a full range of applications, development proposals and enforcement matters within... Kensington and Chelsea, London (Greater)
Recuriter: The Royal Borough of Kensington & Chelsea Council