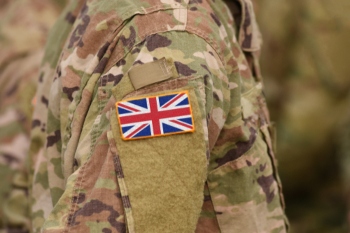 Some ex-service personnel still face housing difficulties despite a decade of improvements when it comes to housing outcomes for people leaving the armed forces.

Research by the University of Stirling has found that steps taken over the last 10 years to improve housing outcomes for ex-service personnel have had a positive impact.

However, it also revealed that while ex-service personnel are no more likely to be homeless than the wider population, some still face challenges.

Funded by Forces in Mind Trust (FiMT), the research learnt that people leaving the armed forces have little experience of civilian life and so some can struggle with the complexity of the housing and benefits systems.

A number of ex-service personnel also have issues with debt, which means they face issues with financial assessments for rental housing.

Some groups were identified as being likely to face additional persistent barriers, such as early service leavers. Particular challenges were also highlighted for non-UK service leavers, who must wait for immigration status to be settled before housing applications can be submitted.

‘Housing is one of the most important factors for a service leaver and their family, yet over half leave without their housing needs being “sorted”,’ said Ray Lock, chief executive of FiMT.

‘This report is encouraging, demonstrating that the Armed Forces Covenant is having an impact and improvements are being seen.

‘However, persistent issues still exist, particularly for the more vulnerable groups identified by the researchers, and these must now be addressed.

‘Collaboration between organisations supporting service leavers must continue to improve, along with better education of service leavers about civilian life. And now we know who those most likely to face challenges are, we can identify them early, and take preventative action.’

The Armed Forces Covenant, which was codified by the Government in 2011, aims to ensure that those who serve or have served in the armed forces, and their families, are not disadvantaged as a result of their service.

Dr Steve Rolfe of the University of Stirling’s Faculty of Social Sciences commented: ‘Our research illustrates that significant improvements have been made over the last decade – with organisations working better together, despite the impact of austerity, and delivering positive housing outcomes for ex-service personnel.

‘This is a reflection of the commitment and efforts of the public and third sector bodies to meet the needs of veterans. We must ensure that this good work continues and delivering on the recommendations from our report will reduce the number of vulnerable service leavers who struggle to navigate the civilian housing system.’