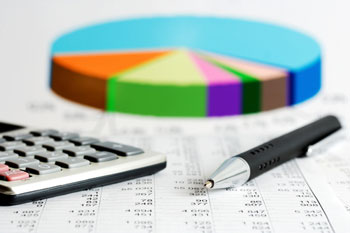 Daventry District Council is proposing to call on the Government to intervene in the management of Northamptonshire County Council to resolve its ‘major financial challenges’ - a move Daventry acknowledges is ‘unusual’ and ‘undesirable’.

Northamptonshire CC is currently consulting on its draft budget for 2017/18 and, among other proposals, recommends the creation of a unitary authority which would mean the abolition of the district and borough councils in the county.

In its proposed response to the consultation which will be discussed on 12 January, Daventry DC said the county council’s financial position was ‘grave’ and amounted to ‘technical insolvency’.

It also called on the secretary of state for communities and local government, Sajid Javid, to intervene under section 15 of the Local Government Act 1999 before the county council experiences complete financial failure.

Section 15 gives Mr Javid the power to take over all or any of the affairs of a local authority which is failing in its best value duty. It is the legislation which allowed the Government to take over the administration of Rotherham and Tower Hamlets councils.

‘It is therefore suggested that the secretary of state be asked to consider if he needs to intervene now, on the basis that the risk of NCC’s financial failure is too high and needs to be avoided,’ concluded Daventry’s proposed response.

‘It is recognised that this is an unusual and indeed undesirable step for one local government to take in relation to another, but it is suggested that the current circumstances are sufficiently unusual to justify it.’

Northamptonshire rejected the notion it is at risk of insolvency and accused Daventry of fearing the creation of a unitary authority which would see the district council being closed down.

‘Daventry District Council’s suggestion that the county council is at risk of insolvency is simply untrue and no doubt driven by our intention to explore a unitary authority for Northamptonshire, which would replace all current councils and which we can only assume Daventry sees as a threat,’ said Cllr Robin Brown, county council cabinet member for finance.

‘We have always and will continue to deliver a balanced budget and the suggestion that we do not have credible plans to deliver the required savings is misinformed and disingenuous at best.’

Leader of Northamptonshire council Heather Smith accused Daventry DC of retreating into ‘self-interest’ and called on all councils to ‘find the best way of delivering public services for the best possible value for money.’

‘The proposal to create a unitary authority would ultimately mean the abolition of all councils in Northamptonshire, the county council included, and the creation of a single unitary, which all financial modelling shows would deliver the best value for money for the taxpayer.

‘Given austerity is here to stay and the challenges we are facing, particularly in delivering health and social care, it is essential that we look to reduce the cost of all local council services going forwards.’

The proposed response from Daventry rejects the idea of a unitary authority for Northamptonshire. It argued it would not reflect the needs or identities of the county’s different areas, and would ‘harm the functioning of democracy’.

It also said the creation of a single authority would not resolve Northamptonshire’s financial difficulties and would distract from the integration of health and social care.