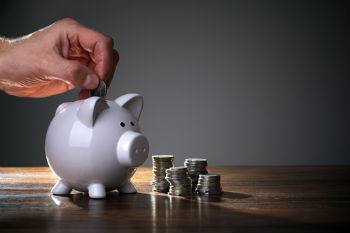 An ‘extreme’ rise in demand on county authorities will treble their funding black hole to over £2.5bn in the next four years, county leaders reveal.

New analysis from the County Councils Network (CCN) has revealed their funding gap will increase to £2.54bn by 2021 - a situation they describe as ‘unsustainable’.

In total, the analysis found, each of the 37 county authorities on average will face an additional funding gap of £70m by 2021, on top of planned service reductions.

Social care will account for £26m of this for each authority and the new national living wage will cost £22m per authority.

County leaders have warned ahead of next month’s Autumn Budget that very ‘difficult, painful and unpopular decisions’ will have to be made unless new resource is found.

‘Counties have had the greatest financial challenges in the last five years and this evidence adds to the case,’ said CCN chairman Cllr Paul Carter.

‘We are reaching a point where we are have to consider difficult, painful and unpopular decisions next year to deliver balanced budgets, which will reduce and remove frontline services highly valued by our residents.

‘The Government has said it is in listening mode, and I and my fellow county leaders will be asking Ministers across government that we need additional help and support in this Budget or we will all face some very severe consequences in the future. The situation can’t go on.’

In their Budget submission, the CCN called on the Government to provide the Department for Communities and Local Government (DCLG) with the resource to extend Transition Grants until 2021 in order to allow counties to deliver services whilst an alternative way of funding councils is finalised.

The submission also called for the removal of the referendum limit on council tax levels and for a ‘common devolution framework’ that would see counties as ‘strategic authorities’ alongside the mayoral combined authorities.

The forthcoming Industrial Strategy Whitepaper must address concerns over the narrow focus on city regions and provide a prominent role for counties, according to the submission.

‘CCN’s submission sets out a range of policies to help quell the inevitable impact of staring a funding black hole of £2.54bn in the face,’ said Cllr Carter.

‘It also contains ambitious proposals to kick-start county devolution, calling on the government to be bold and endorse counties as strategic authorities, giving us the powers to be the masters of our own economic destinies.’